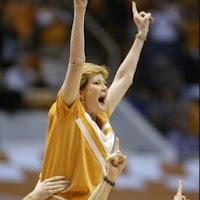 See the most successful basketball coach in history discuss her life since leaving the court to battle dementia. Find out about her new position as honorary founder of WomenAgainstAlzheimer’s. Hear about her new book, “Sum It Up”.

WASHINGTON — WomenAgainstAlzheimer’s – the first national network of women in leadership positions working to speed the pace of research and build real momentum to end Alzheimer’s disease  – today announced that Pat Summitt, head coach emeritus of the University Tennessee Lady Volunteer basketball team, will be joining the organization as an honorary founder.

“Who better to join this battle than Pat Summitt, an outspoken Alzheimer’s advocate and incredible woman who knows a thing or two about winning?” said Trish Vradenburg, Founder of WomenAgainstAlzheimer’s. “We are thrilled and grateful that Pat will be a member of our team, which is working hard to bring Alzheimer’s out of the shadows and on to the national stage.”

Alzheimer’s has a disproportionate effect on women, who represent nearly two-thirds of Americans with the disease and 70 percent of caregivers.

“I am excited to stand with WomenAgainstAlzheimer’s and humbled to serve as an honorary founder. My son, Tyler, and I founded The Pat Summitt Foundation to fight Alzheimer’s disease shortly after my diagnosis in 2011.  My fight is not only a personal one, but one for all those battling Alzheimer’s disease…recognizing the majority fighting this disease are women,” said Pat Summitt.  “Working together strengthens our efforts to find a cure.  Together We Will Win!”

One in three seniors in the United States is impacted by Alzheimer’s or some form of dementia, and ten percent of victims are between the ages of 40 and 65. This disease is the 6th leading cause of death in the United States, and the only one in the top ten with no known preventative treatment or cure. The number of Americans with the disease is projected to triple by 2050 – from 5.2 million to more than 13 million – unless we find a treatment or cure.

“Pat’s contributions to Alzheimer’s advocacy in Tennessee and nationwide have been impressive and meaningful,” said Betty Ann Tanner, Trustee with the University of Tennessee System, which includes the UT Health Science Center in Memphis, and WomenAgainstAlzheimer’s Founder. “The joint force of the committed female advocates in our network and The Pat Summitt Foundation’s tireless efforts in the fight against Alzheimer’s will continue to drive this movement forward.”

To learn more about WomenAgainstAlzheimer’s or to get involved, visit www.womenagainstalzheimers.org

To learn more about the Pat Summitt Foundation, visit www.patsummitt.org.

About The Pat Summitt Foundation
The Pat Summitt Foundation, a fund of East Tennessee Foundation, was established by Pat Summitt and her son, Tyler Summitt, in November 2011.  Dedicated to winning the fight against Alzheimer’s disease, its mission as a grant-making foundation is to advance research for prevention and a cure; to provide hope, care, and critical support for patients, caregivers and families; and to educate the public on the impacts of Alzheimer’s disease and the urgent need for a cure.  Pat Summitt, her family and friends have chosen East Tennessee Foundation to receive and manage contributions to Pat’s fund, and to facilitate their grantmaking in support of the mission. To learn more visit the website at www.patsummitt.org 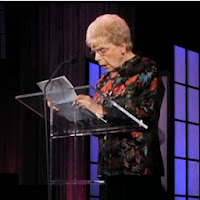 I Treat Each Day as a Thousand New Breaths