Why are Fat People at Risk for Memory Loss & Dementia? 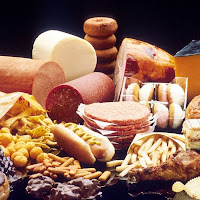 Fat, middle aged people are 3.6 times as likely to develop memory loss and dementia. See new research that reveals why.

Although there are several risk factors of dementia, abnormal fat metabolism has been known to pose a risk for memory and learning. People with high amounts of abdominal fat in their middle age are 3.6 times as likely to develop memory loss and dementia later in their life.

Neurological scientists at the Rush University Medical Center in collaboration with the National Institutes of Health have discovered that same protein that controls fat metabolism in the liver resides in the memory center of the brain (hippocampus) and controls memory and learning.

Results from the study funded by the Alzheimer’s Association and the National Institutes of Health were recently published in Cell Reports.

“We need to better understand how fat is connected to memory and learning so that we can develop effective approach to protect memory and learning,” said Kalipada Pahan, PhD, the Floyd A. Davis professor of neurology at Rush University Medical Center.

The liver is the body’s major fat metabolizing organ. Peroxisome proliferator-activated receptor alpha (PPARalpha) is known to control fat metabolism in the liver. Accordingly, PPARalpha is highly expressed in the liver.

“We are surprised to find high level of PPARalpha in the hippocampus of animal models,” said Pahan.

“Our study indicates that people may suffer from memory-related problems only when they lose PPARalpha in the hippocampus”, said Pahan.

“Further research must be conducted to see how we could potentially maintain normal PPARalpha in the brain in order to be resistant to memory loss”, said Pahan.

Alzheimer’s disease is the most common human disorder associated with memory loss. This disease slowly destroys memory and thinking skills, and eventually even the ability to carry out the simplest tasks. Nationwide, the total payments for services for people with Alzheimer’s and other forms of dementia will total $203 billion in 2013. By 2050, the total costs are expected to increase 500 percent to a staggering $1.2 trillion.