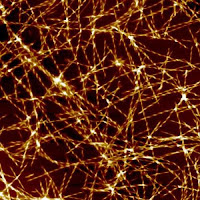 Plaques are the best-known culprits behind Alzheimer’s. Yet years of drug trials to clear plaque have failed. Cambridge scientists have figured out the 7 steps to forming these plaques. They also established how this process is ultimately responsible for Alzheimer’s. Find out how detecting & targeting the formation of soluble “oligomers” may hold the key to an Alzheimer’s cure.

Researchers have pinpointed a catalytic trigger for the onset of Alzheimer’s disease – when the fundamental structure of a protein molecule changes to cause a chain reaction that leads to the death of neurons in the brain.

Scientists at Cambridge’s Department of Chemistry have been able to map in detail the pathway that generates “aberrant” forms of proteins which are at the root of neurodegenerative conditions such as Alzheimer’s.

They believe the breakthrough is a vital step closer to increased capabilities for earlier diagnosis of neurological disorders such as Alzheimer’s and Parkinson’s, and opens up possibilities for a new generation of targeted drugs, as scientists say they have uncovered the earliest stages of the development of Alzheimer’s that drugs could possibly target.

The study, published in the Proceedings of the National Academy of Sciences, is a milestone in the long-term research established in Cambridge by Professor Christopher Dobson and his colleagues, following the realisation by Dobson of the underlying nature of protein ‘misfolding’ and its connection with disease over 15 years ago.

The research is likely to have a central role to play in diagnostic and drug development for dementia-related diseases, which are increasingly prevalent and damaging as populations live longer.

“There are no disease modifying therapies for Alzheimer’s and dementia at the moment, only limited treatment for symptoms. We have to solve what happens at the molecular level before we can progress and have real impact,” said Dr Tuomas Knowles, lead author of the study and long-time collaborator of Professor Dobson.

“We’ve now established the pathway that shows how the toxic species that cause cell death, the oligomers, are formed. This is the key pathway to detect, target and intervene – the molecular catalyst that underlies the pathology.”

The Alzheimer’s Research Trust has shown that dementia costs the UK economy over £23 billion, more than cancer and heart disease combined. Prime Minister David Cameron urged scientists and clinicians to work together to “improve treatments and find scientific breakthroughs” to address “one of the biggest social and healthcare challenges we face.”

The neurodegenerative process giving rise to diseases such as Alzheimer’s is triggered when the normal structures of protein molecules within cells become corrupted. Here is the sequence of events:

A plaque’s size and density renders it insoluble, and consequently unable to move. Whereas the oligomers, which give rise to Alzheimer’s disease, are small enough to spread easily around the brain – killing neurons and interacting harmfully with other molecules – but how they were formed was until now a mystery.

The new work, in large part carried out by researcher Samuel Cohen, shows that once a small but critical level of malfunctioning protein ‘clumps’ have formed, a runaway chain reaction is triggered that multiplies exponentially the number of these protein composites, activating new focal points through ‘nucleation’.

It is this secondary nucleation process that forges juvenile tendrils, initially consisting of clusters that contain just a few protein molecules. Small and highly diffusible, these are the ‘toxic oligomers’ that careen dangerously around the brain cells, killing neurons and ultimately causing loss of memory and other symptoms of dementia.

The researchers brought together kinetic experiments with a theoretical framework based on master equations, tools commonly used in other areas of chemistry and physics but had not been exploited to their full potential in the study of protein malfunction before.

The latest research follows hard on the heels of another ground breaking study, published in April of this year again in PNAS, in which the Cambridge group, in Collaboration with Colleagues in London and at MIT, worked out the first atomic structure of one of the damaging amyloid fibril protein tendrils. They say the years spent developing research techniques are really paying off now, and they are starting to solve “some of the key mysteries” of these neurodegenerative diseases.

“We are essentially using a physical and chemical methods to address a biomolecular problem, mapping out the networks of processes and dominant mechanisms to ‘recreate the crime scene’ at the molecular root of Alzheimer’s disease,” explained Knowles.

“Increasingly, using quantitative experimental tools and rigorous theoretical analysis to understand complex biological processes are leading to exciting and game-changing results. With a disease like Alzheimer’s, you have to intervene in a highly specific manner to prevent the formation of the toxic agents. Now we’ve found how the oligomers are created, we know what process we need to turn off.”


SOURCE:
University of Cambridge, via AlphaGalileo.

Proliferation of amyloid-β42 aggregates occurs through a secondary nucleation mechanism.
Proceedings of the National Academy of Sciences, 2013;

As is well known betamyloid and oligomers are NOT the "culprits" of age-related Alzheimers diseases , but are only "witness in that crime scene" of neurodegenerative diseases.
Once more, and article about a very very old and absolutely flawed amiloid hypothesis…

It is well-established that Abeta is involved in the very earliest stages of Alzheimer's. The precise roles of soluble and insoluble forms of Abeta are still being teased out.

Studies have shown that plaque burden does not correlate with cognitive decline.  Instead, plaque accumulation increases during the earliest / prodromal stages, then reaches a relative plateau at the mild cognitive impairment (MCI) stage.  The best correlation with progression has been observed with neurofibrillary tangles and soluble levels of Abeta.

To my knowledge, the Abeta immunotherapies that have been or currently are under development selectively target monomeric and/or fibrillar Abeta rather than the toxic soluble Abeta oligomers — hence their failures in clinical trials.

I would note, however, that the 7 steps in the article bear precious little resemblance to the processes involved in plaque formation, let alone the new details reported in the recently-published Cambridge study. I would urge anyone who is interested to read the original paper: http://www.pnas.org/content/early/2013/05/22/1218402110.full.pdf

Dea Lizzie
The what explains the catastrophic and very expensive failures with the zumabs (since 2007 , and now the last failure with the "zumab" crenezumab) as the crenezumab and others anti-oligomers and anti-amyloids, that even targeting exactly the toxic oligomers, did not works to AD?

The anti-Aβ antibody crenezumab missed both its primary endpoints in two Phase 2 clinical trials, according to results presented at the Alzheimer’s Association International Conference 2014, held in Copenhagen July 12-17

Hi, Carlos. Whether a clinical trial meets its endpoints depends on the outcomes specified in the trial protocol; so if the protocol calls for endpoints being met in all treatment groups, the drug "misses" the endpoints even if it demonstrates efficacy in one or more subsets of patients. Both crenezumab trials recruited mild- to moderate-AD patients. While the results in the total patient population were not statistically significant, they did show a trend toward slowing cognitive decline; and a trend of better efficacy at the higher dose. They also showed a positive trend toward increasing reduction in cognitive decline in progressively milder subsets relative to placebo. In fact, in the pre-specified subset of mild (MMSE 22-26) Alzheimer's, the slowing of cognitive decline reached statistical significance by the end of the ABBY trial.

Moreover, you must remember that these were Phase II trials, not Phase III. Phase II trials are typically too small to yield "pass/fail" data. These two trials were designed to learn more about the drug and its efficacy at different doses and in different patient groups, to help researchers design optimum Phase III trial protocols with sufficient power for the results to be clearly interpretable. In fact, Rachelle Doody, Baylor College of Medicine, Houston, told Alzforum she was concerned that many people, particularly in the media, were jumping to the conclusion that crenezumab was doomed, looking at the data as if it were a Phase 3 trial. "They are trying to emphasize a message that is at best a small piece of what was learned, and at worst a distortion," she said.

As noted in my comments, both monomeric and insoluble Abeta are present in the Alzheimer's brain at levels orders of magnitude higher than soluble Abeta oligomers. It stands to reason that if a drug which binds Abeta in any form, most of it will be consumed by the very high levels of the non- or low-toxicity forms that are present in such very high levels, especially in patients with more advanced stages of the disease. Therefore, significantly higher doses may be needed. These two Phase II trials indicated that crenezumab is safe at the levels tested, and was trending toward efficacy at the higher dose tested. A higher dose may be tolerable and effective.

There is nothing "catastrophic" about the results of recent antibody drug trials, that have been able to capitalize on all that has been learned about Abeta over the years.

Sorry — meant to include URLs for relevant articles.

"If you look at the history, for instance, of statins ― there were many failures along the way before they found a true benefit, so we certainly shouldn't abandon this."