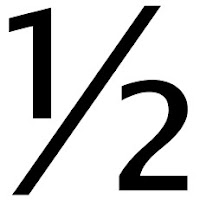 We are far from a cure to Alzheimer’s. Notwithstanding, England did slow their dementia rate by 25%. Could we follow their example to delay global Alzheimer’s by 5 years? Doing so would cut Alzheimer’s in half. See why the Banner Alzheimer’s Institute believes the Alzheimer’s Prevention Initiative has the treatments in hand. Learn what our health systems can do to apply them.

I did not hear him saying any thing encouraging.

It may be a subtle point, but what I think he is trying to say is that the medications that have been failing in clinical trials are only failing because they are given to people after they are already too sick. The trial patients are too far along in the disease. If we would start the medicine earlier, we would not solve Alzheimer's, but we are sitting on medications that with a little tweaking could cut Alzheimer's in half. That's pretty close to a reality. It sure seems pretty encouraging.

The sad thing in all this is that researchers knows , in the deep of their heartes that betamyloid accumulation it is NOT the cause of 95% of cases of AD .

Researchers nows that betamyloid it is not the trigger of the late on-set AD, but that misconceeptions looks to be a easy way to gets grants and donations to that failed research based in that flawed amyloid hypothesis that led to wastes zillions of dollars in the lasts 28 years and looks to leads to more zillions of dollars wasted in more failed research based in the same flawed amyloid hypothesis.

Dementia can be held back now, by stopping medication that makes it worse. Let us do little things whist we wait for the cure. I am not a medic, but I have read about Omeprazole, which with long term use can lower vitamin B12, which protects against dementia. I have read about Pravastatin which is bad for dementia. When my wife stopped taking these medications, her speech and cognition improved.
Her dementia started in 2005, her worst time was at the end of 2009, when she just sat, did not speak and needed feeding, Now she is interested in her surroundings, feeds herself but struggles to speak. She is still as good as she was in 2010. Just by changing some small things.
To read all about her go to http://dementiaonhold.info
If I have found a couple of things that help, how many more are there?
Roger King

That should have been http://www.dementiaonhold.info
sorry for the error.
Roger

I think the most powerful thing said is that all stakeholders need to come together. I completely understand the race of Big Pharma. There is a lot at stake for any company that can find the cure. But in a sense, isn't that part of the problem? The idea that a drug, a treatment alone will stop this disease. I don't for a second diminish or dismiss the findings and research, but I believe those physical clues, like the accumulation of amyloid my rise from something deeper than merely physical characteristics. I write about the impact Alzheimer's had on my father, John Sandusky, a long-time NFL coach, in my book Forgotten Sundays. It comes out in April. The process of writing the book led me to believe that Alzheimer's is a physical manifestation of a deeper, almost spiritual ailment of disconnection from purpose that plagues many elderly people in America. You can find my book at http://www.amazon.com/Forgotten-Sundays-Sons-Story-Sidelines/dp/076245248X/ref=sr_1_2?ie=UTF8&qid=1379202559&sr=8-2&keywords=Gerry+Sandusky

I hope it adds a positive thought or two to the search for a much needed cure.

My husband has Alzheimers and I appreciate any and every research that is being done, be it trivial or on a large scale. Unless you live with someone with this horrible disease, you just can't imagine what it is like. I enjoyed the clip. Thank you