The Best Way to Fight Alzheimer’s is No Secret 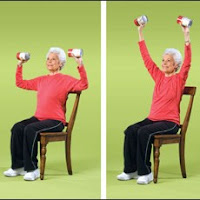 As researchers seek anti-Alzheimer’s pills, the evidence mounts that the best preventative is healthy living. Learn about two advanced studies that deepen our understanding of straightforward ways to fight Alzheimer’s.

The Alzheimer’s Research Forum (ARF) reported on the mounting evidence that Alzheimer’s prevention is best achieved through improved health, rather than through drugs or vaccines.

Speaking in an AAIC plenary session, Dr. Karen Ritchie from the public research institution INSERM in Paris, France, discussed epidemiological factors that increase risk for Alzheimer’s disease (AD). The Esprit Project in Montpellier, France, enrolled almost 2,000 cognitively normal people over age 65 and followed them for 12 years, tracking cognitive scores and conversion to MCI (Mild Cognitive Impairment) or AD (see ARF related news story). The goal was to quantify the contribution of various environmental or behavioral risk factors to AD risk. The data suggested that increasing education could lower AD incidence by about a quarter, while controlling conditions such as diabetes, depression, and stroke could cut another quarter of new cases. Exposure to these risk factors occurs mostly in middle age, Ritchie emphasized. “AD is a disease of middle age that leads to a terminal dementia stage in old age,” she said.

Based on this data, the U.K. Alzheimer’s Association is conducting the PREVENT study, which will investigate whether lowering these risk factors can in fact delay the onset of AD (see also Ritchie and Ritchie, 2012). PREVENT will enroll 600 middle-aged children of people with AD, who are assumed to be at increased risk of developing the disease as they age. In a randomized controlled trial, half the participants will receive an intervention consisting of:

The researchers will track markers of insulin resistance, inflammation, and depression in this group, so that the participants can receive preventative medical treatment at the earliest stage of these disorders. The control group will receive annual checkups and standard medical care from their family practitioner.

The researchers will use cognitive tests and CSF biomarkers to detect the development of preclinical AD or MCI. They will also compare the treatment group to an observational cohort of people at low risk for AD, who do not carry the ApoE4 risk factor or have an affected parent. The hope is that the interventions might lower AD incidence in participants to levels seen in the low-risk group. At the earliest sign of benefit, all participants will be switched to the active prevention group, Ritchie told Alzforum. Several other large European studies are also investigating whether lifestyle changes can reduce AD risk (see ARF related news story).

I only wish they would add such prevention strategies as learning in a group creative social recreation like photography and/or quilting lessons. Other research has shown this more effective than individual computer tasks. And I hope the physical "exercise" is finding physical movement of choice – not just machine work-outs. Oh, and then there is community involvement where one is part of a team actively engaged in serving others.

There is a new program out now called Ageless Grace created by Denise Medved.It uses all 5 areas of the brain, strategic learning, memory recall, analytic, creative and kinestetic. I have been teaching this for 3 years and have expereince amazing results with my AD community; ranging from simple foot tapping to full on dancing, singing, smiling and joy in the moments! Katherine Campbell, owner , These Joints are Jumping, an Ageless Grace program.