Picking Up the Earliest Signs of Alzheimer’s 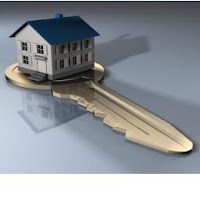 SHORT-TERM MEMORY lapses are obvious signs of Alzheimer’s, but other tell-tale signals begin to show much earlier. Learn how to look for semantic impairments, such as simple questions about size.

MANHASSET, NY — People who study or treat Alzheimer’s disease and its earliest clinical stage, mild cognitive impairment (MCI), have focused attention on the obvious short-term memory problems. But a new study suggests that people on the road to Alzheimer’s may actually have problems early on in processing semantic or knowledge-based information, which could have much broader implications for how patients function in their lives.

Terry Goldberg, PhD, a professor of psychiatry and behavioral science at the Hofstra North Shore-LIJ School of Medicine and director of neurocognition at the Litwin Zucker Center for Research in Alzheimer’s Disease and Memory Disorders at The Feinstein Institute for Medical Research in Manhasset, NY, said that clinicians have observed other types of cognitive problems in MCI patients but no one had ever studied it in a systematic way. Many experts had noted individuals who seemed perplexed by even the simplest task. In this latest study, published in this month’s issue of the American Journal of Psychiatry, investigators used a clever series of tests to measure a person’s ability to process semantic information.

Do people with MCI have trouble accessing different types of knowledge? Are there obvious semantic impairments that have not been picked up before? The answer was “yes.”

In setting out to test the semantic processing system, Dr. Goldberg and his colleagues needed a task that did not involve a verbal response. That would only confuse things and make it harder to interpret the results. They decided to use size to test a person’s ability to use semantic information to make judgments between two competing sets of facts. “If you ask someone what is bigger, a key or an ant, they would be slower in their response than if you asked them what is bigger, a key or a house,” explained Dr. Goldberg. The greater the difference in size between two objects, the faster a person — normal or otherwise — can recognize the difference and react to the question.

Investigators brought in 25 patients with MCI, 27 patients with Alzheimer’s and 70 cognitively fit people for testing. They found large differences between the healthy controls and the MCI and Alzheimer’s patients. “This finding suggested that semantic processing was corrupted,” said Dr. Goldberg. “MCI and AD (Alzheimer’s disease) patients are really affected when they are asked to respond to a task with small size differences.”

They then tweaked the task by showing pictures of a small ant and a big house or a big ant and a small house. This time, the MCI and AD patients did not have a problem with the first part of the test — they were able to choose the house over the ant when asked what was bigger. But if the images were incongruent – the big ant seemed just as big as the small house – they were confused, they answered incorrectly or took longer to arrive at a response.

Patients with MCI were functioning somewhere between the healthy people and those with AD. “When the decision was harder, their reaction time was slower,” he said.

Would this damaged semantic system have an effect on everyday functions? To answer this question, investigators turned to the UCSD Skills Performance Assessment scale, a tool that they have been using in MCI and AD patients that is generally used to identify functional deficits in patients with schizophrenia. The test taps a person’s ability to write a complex check or organize a trip to the zoo on a cold day.

This is actually a good test for figure out whether someone has problems with semantic knowledge. Semantic processing has its seat in the left temporal lobe. “The semantic system is organized in networks that reflect different types of relatedness or association,” the investigators wrote in their study. “Semantic items and knowledge have been acquired remotely, often over many repetitions, and do not reflect recent learning.”

Dr. Goldberg said the finding is critically important because it may be possible to strengthen these semantic processing connections through training. “It tells us that something is slowing down the patient and it is not episodic memory but semantic memory,” he said. They will continue to study these patients over time to see if these semantic problems get worse as the disease advances.

In an accompanying editorial, David P. Salmon, PhD, of the Department of Neurosciences at the University of California in San Diego, said that the “semantic memory deficit demonstrated by this study adds confidence to the growing perception that subtle decline in this cognitive domain occurs in patients with amnestic mild cognitive impairment. Because the task places minimal demands on the effortful retrieval process, overt word retrieval, or language production, it also suggests that this deficit reflects an early and gradual loss of integrity of semantic knowledge.”

He added that a “second important aspect of this study is the demonstration that semantic memory decrements in patients with mild cognitive impairment may contribute to a decline in the ability to perform usual activities of daily living.”

For those like me that need semantic memory defined more specifically in order to fully understand the article: http://www.human-memory.net/types_episodic.html