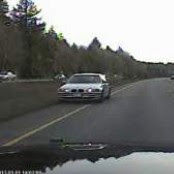 When should a person with Alzheimer’s disease stop driving? Is it always necessary? After all, to some people it can represent a devastating loss of independence.

The answer varies with each person, but yes, there comes a time when every person with Alzheimer’s has to hand in the car keys. Sometimes they don’t, and the family is forced to take them away, gently or surreptitiously, in order to keep their loved one and everyone else safe on the road.

Research studies found that people with Alzheimer’s usually continue to drive for at least two years after receiving the diagnosis. This is something to play close attention to. The respected journal, “The Lancet”,” reported that researchers found approximately half of all drivers age 65 and older who died in traffic accidents had symptoms or an actual diagnosis of Alzheimer’s disease.

This frightening statistic highlights the struggle over when and why a person with Alzheimer’s has to stop driving. A Mayo Clinic article on driving & Alzheimer’s eloquently addresses the issues faced by families who must convince their loved ones to hand over the car keys.

On the other hand, some people with Alzheimer’s, ready to stop driving at the right time are still in the early stages, where they should not have to. They recognize their driving ability is deteriorating but are unsure about whether they are at the point where they need to give it up.

Often the person can continue to drive, albeit in a more limited fashion, by reducing their time behind the wheel in accordance with their coordination or ability to make decisions on the road.

What are the specific warning signs for drivers with dementia that indicate it may be time to give up the wheel? The Hartford Insurance Company has a wonderful collection of helpful literature that answers this and many other questions. It includes a separate page devoted to tips for drivers with Alzheimer’s and their caregivers.

Click here for The Hartford on Driving and Alzheimer’s Disease.

Earlier Rather Than Later

Whether the transition is a slow one, initiated by the person with Alzheimer’s who is able to understand the dangers involved, or a sudden decision by family members after an enlightening experience, the bottom line remains the same. At some point, earlier rather than later, a person with Alzheimer’s will reach the stage when he should no longer drive.

If the person with Alzheimer’s does not responsibly hand in the car keys, the government may be forced to step in. In the State of Florida, physicians are authorized to report patients with dementia to the Department of Motor Vehicles (DMV) but reporting is not mandatory. This is in contrast to California where the physician does have to report their patients. The former law has the advantage of fostering the confidentiality between the doctor and patient, respecting individual rights, whereas the latter places societal interests above those of individuals.

There is no simple test clearly separating safe from unsafe drivers. For people with very mild or mild dementia, the physician should warn the patient and family that the driver may be at increased risk, and advise that they be tested to verify that he or she is a safe driver. The family should understand that the patient’s ability to drive may deteriorate over time and that they should continue to monitor this ability. When a physician warns a patient that they are at increased risk of hurting others or themselves, it is time to voluntarily give up driving. If you are a caregiver advising a person to give up driving but they decide to continue anyway, try suggesting they contact the DMV or a private agency and be tested for safe driving. In patients who you are aware are unsafe drivers but refuse to give up driving, tell the family and then report the patient to the DMV. You should always do this with the family’s knowledge because everyone may have a very difficult situation with which to deal.

If possible, it is best for the family to discuss this eventuality together, early on. Facing the loss of one’s easy mobility and independence is only one of the many trials an Alzheimer’s victim will have to cope with, but the love and support of family and friends will make the transition easier to bear.

I unfortunately have a beautiful daughter with Early Onset Dementia, PPA, Primary Progressive Aphasia. Brain is unable to communicate effectively sometimes to tongue, sometimes to hand and sometimes to processing, (doing more than one instruction at a time) Diagnosed at 52, now three years ago. She had to quite driving about 1 1/2 years after diagnosis when she got lost. She was willing and very cooperative. She is my firstborn, it all breaks my heart daily to see her lose herself. I lost my youngest daughter at age 32, after an 8 year battle with breast cancer. I have lost mother, brothers, spouse and it is all horrible but it still is not as horrible as losing your children.

I am sad that you have had to endure so many losses. I hope that you have people around you to love and help you. Laurie in Atlanta

Are you kidding me? (excerpt from article…
"The former law has the advantage of fostering the confidentiality between the doctor and patient, respecting individual rights, whereas the latter places societal interests above those of individuals.")

To me, this sounds like they are not in favor of physician intervention in the interest of public safety.

As the adult child of parents with alzheimers, (yes, both of them have it) I fretted for many many months about them driving after diagnosis when they clearly had trouble driving. They have finally given up their keys, and I personally sleep better knowing they are off the road.

Societal interests absolutely should take precedence over the individual when it comes to public safety.