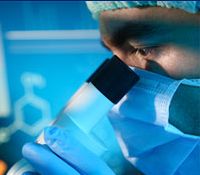 Researchers found FDA-approved Rolipram promotes the removal of abnormal tau proteins, improving memory. This could be big news for tau-based brain diseases such as Alzheimer’s, PSP and FTD. “Repurposed” drugs are already approved by the FDA for other diseases. Therefore, they can pass clinical trials and get to patients faster because of their preexisting approval. Learn more about Rolipram’s success.

A study by Columbia University Medical Center partially funded by CurePSP shows that Rolipram has the ability to ramp up the activity of proteasomes and reduce the burden of tau protein aggregates in brain diseases like Alzheimer’s. The result is improved memory.

CurePSP is the leading nonprofit advocacy organization focused on prime of life neurodegenerative diseases. Their research identifies a class of drugs that leads to the removal of abnormal proteins from the brain in mouse models, thereby improving memory. With further study and clinical trials, this treatment could potentially lead to developments that help improve health and memory in neurodegeneration patients.

“This study is groundbreaking because is boosts activity in the brain’s ‘garbage disposal’ system and can decrease levels of toxic proteins associated with neurodegenerative diseases, including Alzheimer’s disease.”

The study was conducted by Dr. Natura Myeku and her team of investigators in the laboratory of Dr. Karen E. Duff, professor of pathology and cell biology at Columbia. It was published by Nature Medicine, a leading biomedical research journal. CurePSP provided $100,000 to support the study.

“This study is groundbreaking because is boosts activity in the brain’s ‘garbage disposal’ system and can decrease levels of toxic proteins associated with neurodegenerative diseases, including Alzheimer’s disease,” said Dr. Alexander Klein, Vice President-Scientific Affairs at CurePSP. “CurePSP funded this research because we saw promise in the study that Dr. Myeku and Dr. Duff proposed and that promise was realized.”

Dr. Myeku’s study involved tau, a critical brain protein that can assume a misshapen form and aggregate in the brain, leading to neurodegeneration. Dr. Myeku examined the mechanism involved in the accumulation of the tau protein in the brains of patients who suffer from progressive supranuclear palsy (PSP), frontotemporal dementia (FTD) and related neurodegenerative diseases. The study showed that aggregated tau protein profoundly impairs proteasomes — protein complexes that dispose of old and damaged proteins in the brain — that are essential to healthy brain function.

The study also found that in mice, FDA-approved Rolipram increased activity of brain proteasomes, promoting the removal of abnormal tau and improving memory. Dr. Duff’s lab is now investigating drugs in the same class as Rolipram that could have similar effects on humans without Rolipram’s side effects. Their goal is to identify and develop new therapies for neurodegenerative diseases, especially tau-based diseases such as PSP, FTD and others, including Alzheimer’s disease, by “repurposing” drugs that are already approved by the FDA. These could be employed in clinical trials quickly because of their preexisting approval.

Over the last 20 years, Dr. Duff’s lab has genetically engineered various mouse models for the study of Alzheimer’s disease, tau-related FTD and Parkinson’s disease. Dr. Duff has been a leader in studying the underlying causes of neurodegenerative diseases and in developing therapeutic approaches to their treatment, including the identification and development of novel drugs.

About CurePSP – CurePSP is the leading nonprofit advocacy organization focused on prime of life neurodegenerative diseases – a spectrum of fatal brain disorders that often strike during a person’s most productive and rewarding years. Currently there is no treatment or cure for these disorders, which affect more than 150,000 people in the U.S. alone. Since it was founded in 1990, CurePSP has funded more than 160 research studies primarily in progressive supranuclear palsy (PSP) and the related disease corticobasal degeneration (CBD) and is the leading source of information and support for patients and their families, other caregivers, researchers, and doctors and allied healthcare professionals. CurePSP is based in Timonium, MD, with an office in New York City. Please visit http://www.psp.org for more information.

Please hurry, my darling has early onset Alzheimer's. I have already lost my husband to it 10 years ago!

Hundreds of scientific articles with neuron cells cultures ,animal models and human trial,published in the last 40 years,and that we can find in the scientific site PubMed ,the association of very small doses (Made in Compouding Pharmacies Only Under Physician Prescription) of the nutraceuticals Acetyl L Carnitine, Alpha Lipoic Acid ,Carnosine ,are Peroxinitrites Scavengers, Improves Mitochondrial Function, are Mild Heavy Metal Chelators,Antiglycating substances,improves Brain Energy and Normalizes Brain Metabolism, and at last but not at least are very safe and effective scavengers of tau and of betamyloid accumulations.But as none has patent,it amazing supplements looks to be ignored by Bigpharma. Sorry but based in 40 years of actual research in dementias, the nutraceuticals above looks to be thousands of light-years ahead in safeness and in effectiviness from the "primitive" rolipram…

@Carlos- What issues would I incur in requesting more info./sample shots etc. ?

My wife has severe dementia. Will any of the medications mentioned in the article or comment section be able to help her overcome this horrible condition?

Dear Benjo,I really do Not knows if the nutraceuticals supplements described above,will or not gives "a little help"to your wife.Only her Physician can knows it.Please,supplements Only Under Physician Prescription.But I guess that a good and interested physician,that wants to deeply study each of the nutraceutical supplements described above(Acetyl L Carnitine,Carnosine,Alpha Lipoic Acid,and another one called Glucuronolactone)and after her PHYSICIAN read and study dozens and dozens of articles about such nutraceutical supplements,and after the physician knows deeply about each comorbities of your wife,after all that,the Physician maybe can decide or not to try very very small doses(microdoses only as described above)of each Nutraceutical supplements.Probably the Good Doctor(that study deeply the patient and fhe nutraceutical supplements) will have good results too.But even PHYSICIANS Can Not Use None of the Doses of the Trials or of the scientific reference articles,Once all trials uses Megadoses that can be toxic.The very small doses looks to be safe and looks to have a good effectiveness to gives some help,but only when prescribed by PHYSICIANS.Only the PHYSICIAN of the patient can decide it.Please, Never gives none supplements or drugs without Physician prescription permission and supervision.
Best wishes for you and for your wife
Carlos

Continuing:
Mr Benjo, in the articles of this great site Alz Weekly,i n the adress below , I put i n the comments of both articles , more details about the nutraceutical supplements.

It is good to caution and ask your Physician, but they are All against supplements, and No nothing on Nutrition Science, due to Medical school. All they can do is look up contra-indications in a Pharmacy book.