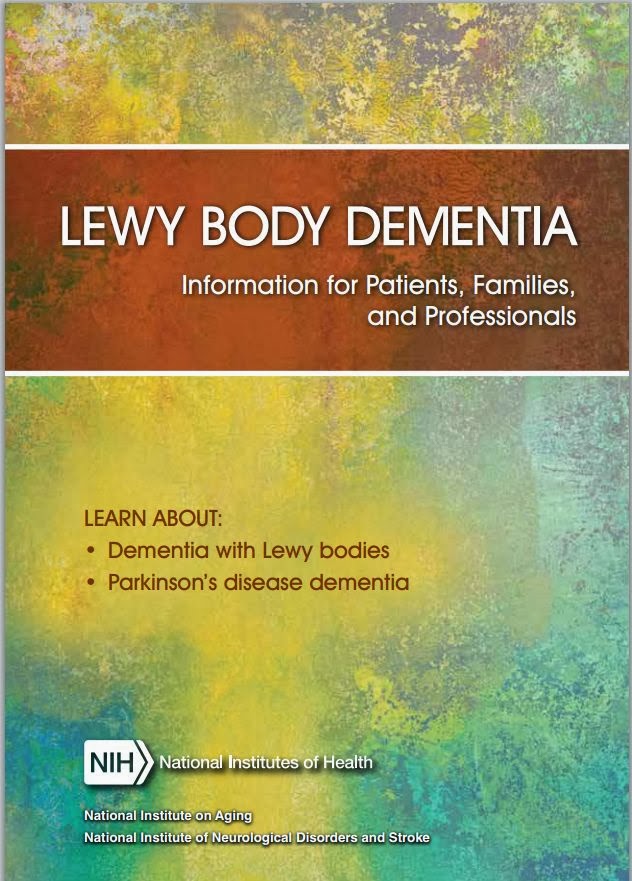 More than 1 million American adults are affected by Lewy Body dementia (LBD).
An important publication from the National Institutes of Health (NIH) describes LBD — a brain disorder that can affect cognition, movement, sleep, and behavior. This booklet offers practical advice for people with the disease and caregivers.

The free book, Lewy Body Dementia: Information for Patients, Families, and Professionals, will help you find out more about:

Get your copy of the book at no charge. A free link appears below.

What is Dementia With Lewy Bodies?

Dementia with Lewy bodies (DLB) is one of the most common types of progressive dementia. The central feature of DLB is progressive cognitive decline, combined with three additional defining features:  (1) pronounced “fluctuations” in alertness and attention, such as frequent drowsiness, lethargy, lengthy periods of time spent staring into space, or disorganized speech; (2) recurrent visual hallucinations,  and (3) parkinsonian motor symptoms, such as rigidity and the loss of spontaneous movement.   People may also suffer from depression.  The symptoms of DLB are caused by the build-up of Lewy bodies – accumulated bits of alpha-synuclein protein — inside the nuclei of neurons in areas of the brain that control particular aspects of memory and motor control.  Researchers don’t know exactly why alpha-synuclein accumulates into Lewy bodies or how Lewy bodies cause the symptoms of DLB, but they do know that alpha-synuclein accumulation is also linked to Parkinson’s disease, multiple system atrophy, and several other disorders, which are referred to as the “synucleinopathies.” The similarity of symptoms between DLB and Parkinson’s disease, and between DLB and Alzheimer’s disease, can often make it difficult for a doctor to make a definitive diagnosis. In addition, Lewy bodies are often also found in the brains of people with Parkinson’s and Alzheimer’s diseases.  These findings suggest that either DLB is related to these other causes of dementia or that an individual can have both diseases at the same time.  DLB usually occurs sporadically, in people with no known family history of the disease. However, rare familial cases have occasionally been reported.

Is there any treatment?

There is no cure for DLB.  Treatments are aimed at controlling the cognitive, psychiatric, and motor symptoms of the disorder. Acetylcholinesterase inhibitors, such as donepezil and rivastigmine, are primarily used to treat the cognitive symptoms of DLB, but they may also be of some benefit in reducing the psychiatric and motor symptoms.  Doctors tend to avoid prescribing antipsychotics for hallucinatory symptoms of DLB because of the risk that neuroleptic sensitivity could worsen the motor symptoms.  Some individuals with DLB may benefit from the use of levodopa for their rigidity and loss of spontaneous movement.

What is the prognosis?

Like Alzheimer’s disease and Parkinson’s disease, DLB is a neurodegenerative disorder that results in progressive intellectual and functional deterioration.  There are no known therapies to stop or slow the progression of DLB.  Average survival after the time of diagnosis is similar to that in Alzheimer’s disease, about 8 years, with progressively increasing disability.

What research is being done?

The National Institute of Neurological Disorders and Stroke (NINDS) conducts research related to DLB in laboratories at the NIH and also supports additional research through grants to major medical institutions across the country. Much of this research focuses on searching for the genetic roots of DLB, exploring the molecular mechanisms of alpha-synuclein accumulation, and discovering how Lewy bodies cause the particular symptoms of DLB and the other synucleinopathies. The goal of NINDS research is to find better ways to prevent, treat, and ultimately cure disorders such as DLB.

40-Page Book from the NIH 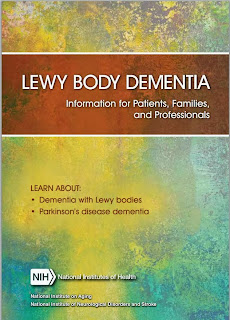 Read it online, download it, or order print copies:

PrevPreviousAlzheimer’s Drugs: Why Take Them, Why Stop Them
Next6 Ways to Stop Guilt from Dementia CareNext
Subscribe
Login
4 Comments
Inline Feedbacks
View all comments

Thanks for the free mail out. Not always I have time to be on my lap top. .

Thank you so much. I truly appreciate the links for downloads with anything to do with each type of dementia.

any chance that this can be mailed to canada?

It is with great pleasure we, Dementia meetings 2019 would like to express by personal gratitude to invite you to the “12th World Congress on Dementia and Alzheimer Rehabilitation” scheduled during April 11-12, 2019 in Stockholm, Sweden.
Email: parkedw18@gmail.com
Conference URL: https://dementia.psychiatryconferences.com/ 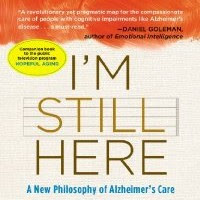