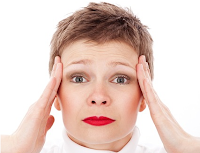 LIVE HEALTHIER: Anxious or easy-going? Jealous or happy? The American Academy of Neurology tracked the moods of 800 women for 38 years. See the links they found between Alzheimer’s and long-term behavior.

Women who are anxious, jealous, or moody and distressed in middle age may be at a higher risk of developing Alzheimer’s disease later in life, according to a nearly 40-year-long study published in the online issue of Neurology®, the medical journal of the American Academy of Neurology.


“Most Alzheimer’s research has been devoted to factors such as education, heart and blood risk factors, head trauma, family history and genetics,” said study author Lena Johannsson, PhD, of the University of Gothenburg in Gothenburg, Sweden. “Personality may influence the individual’s risk for dementia through its effect on behavior, lifestyle or reactions to stress.”

For the study, 800 women with an average age of 46 were followed for 38 years and given personality tests that looked at their level of neuroticism and extroversion or introversion, along with memory tests. Of those, 19 percent developed dementia.

Neuroticism involves being easily distressed and personality traits such as worrying, jealousy or moodiness. People who are neurotic are more likely to express anger, guilt, envy, anxiety or depression. Introversion is described as shyness and reserve and extroversion is associated with being outgoing.

The women were also asked if they had experienced any period of stress that lasted one month or longer in their work, health, or family situation. Stress referred to feelings of irritability, tension, nervousness, fear, anxiety or sleep disturbances. Responses were categorized as zero to five, with zero representing never experiencing any period of stress, to five, experiencing constant stress during the last five years. Women who chose responses from 3 and 5 were considered to have distress.

The study found that women who scored highest on the tests for neuroticism had double the risk of developing dementia compared to those who scored lowest on the tests. However, the link depended on long-standing stress.

Or just maybe the moodiness and anxiety and neurotic behaviors are brain disorders and don't cause dementia, but are just precursors and once one reaches a certain age, the brain can no longer compensate.

WTF? Taking care of a parent that refuses to go into assisted living is going to put my at an increased risk because it makes me an irritable insomniac. This sucks!!'

Remember one day this will be you. The care factors and treatment of your loved one might be less than optimal. This well known however much its denied by every facility. Cruelty and neglect exist. Your loved one is aware and resists. Good on them!

Peer reviewed findings? Hmmm plenty of questions about the methodology and data.