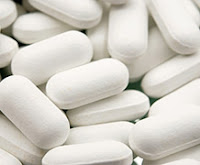 COMMONLY PRESCRIBED medications for pain and sleep were linked to a rise in harmful side effects in dementia. Check out the latest research.

Medications which are commonly prescribed to people with dementia have been linked to an increase in harmful side-effects, research involving the University of Exeter has concluded.

The research, presented at the Alzheimer’s Association International Conference (AAIC) examined the impact of opioid-based painkillers or a class of sleep medication known as Z drugs (zolpidem, zopiclone and zaleplon). They are prescribed to an estimated 200,000 with dementia living in care homes across the UK in total.

In the opioid painkiller research, a team from the University of Exeter, King’s College London and the University of Bergen highlight a tripling in harmful side effects related to the use buprenorphine in people with dementia, compared to those on a placebo. Researchers also identified a mechanism that may be causing the problem.

In a randomized controlled trial of 162 Norwegian care home residents, the team found a significant rise in side effect such as personality changes, confusion and sedation, which can seriously impact people’s lives in dementia. The trial team, led by the University of Bergen, studied 162 people from 47 Norwegian care homes who had advanced dementia and significant depression. In those who were assigned buprenorphine as part of their treatment pathway, harmful side-effects more than tripled. The researchers also found that those taking buprenorphine were significantly less active during the day.

In the Z-drugs research, the team compared data for 2,952 people with dementia who were newly prescribed the medication with data for 1,651 who were not – in order to evaluate the benefits and harms of the medicines. They found that people who take Z-drugs are more likely to fracture a bone than those who do not. Bone fractures are related in turn to an increased risk of death in people with dementia.

Researchers are now calling for studies to examine alternative non-drug approaches to treating pain and insomnia, and appropriate dosing of painkillers such as buprenorphine for people with dementia. Clive Ballard, Professor of Age-Related Diseases at the University of Exeter Medical School, said:

“Research into antipsychotics highlighted that they increased harmful side effects and death rates in people with dementia. This compelling evidence base helped persuade everyone involved in the field to take action, from policy makers to clinicians, reducing prescribing by 50 per cent. We now urgently need a similar concerted approach to opioid-based painkillers and Z-drugs, to protect frail elderly people with dementia from fractures and increased risk of death.”

Importantly, research led by Professor Ballard’s team and also presented at the conference also gives insight into the mechanism of why people with dementia are more susceptible to opioid-based painkillers, suggesting they over-produce the body’s natural opioids.

Getting to Safe & Effective

The study treating arthritis in Alzheimer’s mice found increased sensitivity to the opioid-based painkiller morphine in mice with Alzheimer’s disease compared to those without. Those with Alzheimer’s disease responded to a much lower dose to ease pain, and experienced more adverse effects when the dose was increased to a normal level. Looking into this further the study found that the Alzheimer’s mice produced more of the body’s natural endogenous opioids such as endorphins. The study, presented as a poster at AAIC, also concludes that dosing of opioid-based painkillers urgently needs to be reviewed in people with dementia to enable safe and effective treatment of pain, and prevent unnecessary harm and deaths.