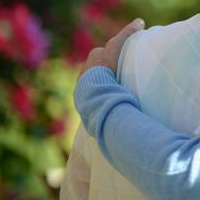 There is a widespread notion that mental deterioration can rob individuals of their identity. Yet there have been no systematic investigations of what types of cognitive damage lead people to appear to no longer “be themselves”.

Important findings suggest that others consider our moral traits to be the core component of our identity. Data collected from family members of patients suffering from neurodegenerative disease showed that it was changes in moral behavior, not memory loss, that caused loved ones to say that the patient wasn’t “the same person” anymore. 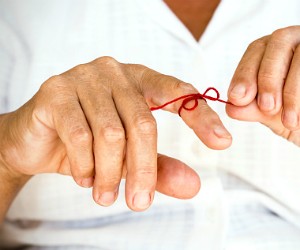 “Contrary to what you might think — and what generations of philosophers and psychologists have assumed — memory loss itself doesn’t make someone seem like a different person. Nor do most other factors, such as personality change, loss of higher-level cognition, depression, or the ability to function in daily activities,” says psychological scientist Nina Strohminger of the Yale University School of Management, lead researcher on the study.

“This is interesting because it shows that someone can change quite a bit and still seem like basically the same person. On the other hand, if moral faculties are compromised, a person can be rendered unrecognizable.”

Strohminger and co-author Shaun Nichols of the University of Arizona had conducted previous research showing that people tend to associate moral traits with identity over other mental or physical traits. They wanted to see if this association would hold up in the context of real-world cognitive change.

The participants, mostly spouses or partners of the patients, reported the extent to which their loved one showed various symptoms typical of their disease (rating each symptom as none, mild, moderate, or severe). They also indicated the extent to which their family member had changed on 30 different traits, and how much their relationship with the patient had deteriorated since the onset of the disease.

Finally, participants reported how much they perceived the patient’s identity as having changed as a result of the disease, answering questions like “Do you feel like you still know who the patient is?” and “Regardless of the severity of the illness, how much do you sense that the patient is still the same person underneath?”

The researchers also found that the degree of perceived identity change was associated with how much the participants thought their relationship with the patient had deteriorated, and this association was driven by the degree of change in the patient’s moral traits:

“Continuing to see a loved one as the same person they’ve always been is crucial to the health of the social bond,” explains Strohminger.

Aphasia was also linked with perceived identity, albeit not as strongly as morality:

“When you think about it, it makes perfect sense: Language is the most precise tool we have for conveying the content our minds to others,” says Strohminger. “If someone loses this ability, it may be easy to see that person as having vanished as well.”

Together, these findings suggest that moral capacities form the core of how we perceive individual identity.

Given that an estimated 36 million people are living with some form of neurodegenerative disease worldwide, these findings have direct implications for our everyday experience:

“Most of us know someone with neurodegenerative disease or some form of cognitive decline. Whether a loved one’s self disappears or persists through the progression of this condition depends very much on which parts of the mind are affected,” Strohminger concludes.

With these findings in mind, the researchers argue that future therapies for neurodegenerative disease must address the issue of preserving moral function, a factor that is typically overlooked, in order to ensure the well-being of patients and their families.

Interesting. It would be nice to know the age of the participants and the basis of, or functionality of, their relationships before & after the disease.

My wife's Sx began at 53. She was an RN who was fired from 5-6 jobs in 18 months before she was finally diagnosed. When she could no longer contribute to the the family with an income and perform the household chores that she had done for 20+ years of marriage that was when she stopped being 'herself'. It was then that she stopped being 'the person that I married'. When she shifted from being an independent CONTRIBUTOR to a dependent TAKER was when I knew 'she' was gone and our relationship had changed forever.

Likely the diseased participants in this study were older, retired and the families/caregivers were not as dependent on them for mutual (financial & physical) support. I would like to see the study repeated with people who's Sx (and dependency) began below age 60.

How very sad that you feel that way, Jim.

I, for one, belong to that younger population you hypothesize would respond differently to the study — and I couldn't disagree with you more. My husband died of end-stage Alzheimer's, and he was still "himself" right up until the very last moments. I cared for him at home the entire time (eight years after his diagnosis) but never, ever considered him to be a "taker". He was a "giver" in every fiber of his being. He would have continued working had he been able to, he would have continued doing chores had he been able to. It wasn't a change in "him" that made these things more and more difficult and eventually impossible. He was still compassionate, decent, loving, and generous, with a ready smile and a great sense of humor — we just had to adapt our ways of communicating. And "outsiders" still reacted to him the way they always had. We participated in a number of studies and clinical trials over the years, and the researchers always seemed delighted to see him and enjoy working with him. The hospice aids and nurses fell in love with him.

A truly functional marriage is based on love, mutual respect, and emotional support. It is not defined by who brings home the bacon or who cleans the toilet … and it can survive major changes in the "financial and physical support" roles of its partners.

I was delighted to see this study. Far too many people believe that intact memory is essential for an Alzheimer's patient to continue to be a "person". It's not, as many of us can attest.

I am fascinated by the concept of "Personhood" as it relates to dementia. Many theories agree that "personhood" lies in the eyes of the beholder, meaning that as long as someone is witness to your life and can account for your identity, you are indeed the same person you always were. This is both powerful and comforting. Thanks for the article!

A refreshing look at the issue of personhood and dementia. Some things do not matter at all, memory for example, but others do. Behaviours that are destructive and even threatening I would put high on the list. And I suppose loss of memory of the other person could be a personal loss of such proportion that there can be no relationship other than minute to minute.

While I can see many elements of "my" Loved One, there are so many personality traits that I never saw in the pre-dementia person. (I give them different names in my head to help sort them out). "My" Loved One was kind, gentle, patient, caring and would never swear. This new personality is short-tempered, verbally abusive, very impatient and swears often.

My husband just passed from end stage dementia…likely another stroke. We had a very strong bond thru our marriage and I spent every afternoon and evening with him..and I wudnt have changed a thing. I’m glad I was there for him everyday tho I was encouraged to stay away and take a break. I’m having guilt feelings for not spending his last nite with him. He had such a bad cold the day before, I shud have demanded that a doctor see him. Just have guilt to dal with.