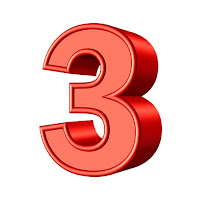 Until now, Alzheimer’s was thought to be a single disease. Advanced research is redefining Alzheimer’s, showing three distinct subtypes. Find out the differences.

Alzheimer’s disease, long thought to be a single disease, really consists of three distinct subtypes, according to a UCLA study.

The finding could lead to more highly targeted research and, eventually, new treatments for the debilitating neurological disorder, which robs people of their memories.

The study further found that one of the three variations, the cortical subtype, appears to be fundamentally a different condition than the other two, said Dr. Dale Bredesen, the study’s author, a UCLA professor of neurology and member of the Easton Laboratory for Neurodegenerative Disease Research.

“Because the presentation varies from person to person, there has been suspicion for years that Alzheimer’s represents more than one illness,” said Bredesen, who also is the founding president of the Buck Institute for Research on Aging. “When laboratory tests go beyond the usual tests, we find these three distinct subtypes.

“The important implications of this are that the optimal treatment may be different for each group, there may be different causes, and, for future clinical trials, it may be helpful to study specific groups separately.”

The findings of the two-year study, which involved metabolic testing of 50 people, appear in the current issue of the peer-reviewed journal Aging.

No effective therapy for Alzheimer’s exists. And scientists have yet to completely identify the cause, although multiple studies have pointed to metabolic abnormalities such as insulin resistance, hormonal deficiencies and hyperhomocysteinemia, a condition characterized by an abnormally high level of an amino acid in the blood.

In an earlier paper, Bredesen showed that making lifestyle, exercise and diet changes designed to improve the body’s metabolism reversed cognitive decline in nine out of 10 patients with early Alzheimer’s disease or its precursors.

The current finding grew out of an extensive evaluation of the data from last year’s study, and it could eventually help scientists pinpoint more precise targets for treatments — the same approach that has led to major advances in treating other diseases.

For example, Bredesen explained, researchers have recently been able to develop precise treatments for cancer by sequencing tumor genomes and comparing them to the patients’ genomes to better understand what drives the formation and growth of tumors.

“However, in Alzheimer’s disease, there is no tumor to biopsy,” Bredesen said. “So how do we get an idea about what is driving the process? The approach we took was to use the underlying metabolic mechanisms of the disease process to guide the establishment of an extensive set of laboratory tests, such as fasting insulin, copper-to-zinc ratio and dozens of others.”

Going forward, Bredesen and his team will seek to determine whether the subtypes have different underlying causes, and whether they respond differently to potential treatments.