The new Alzheimer's injections Aduhelm and Lecanemab offer hope. Now, Mastinimab is trying to break through to the next level with a simpler pill. Mastinimab fights Alzheimer's via a revolutionary mechanism of action. Learn why the FDA approved Mastinimab's final round of trials. 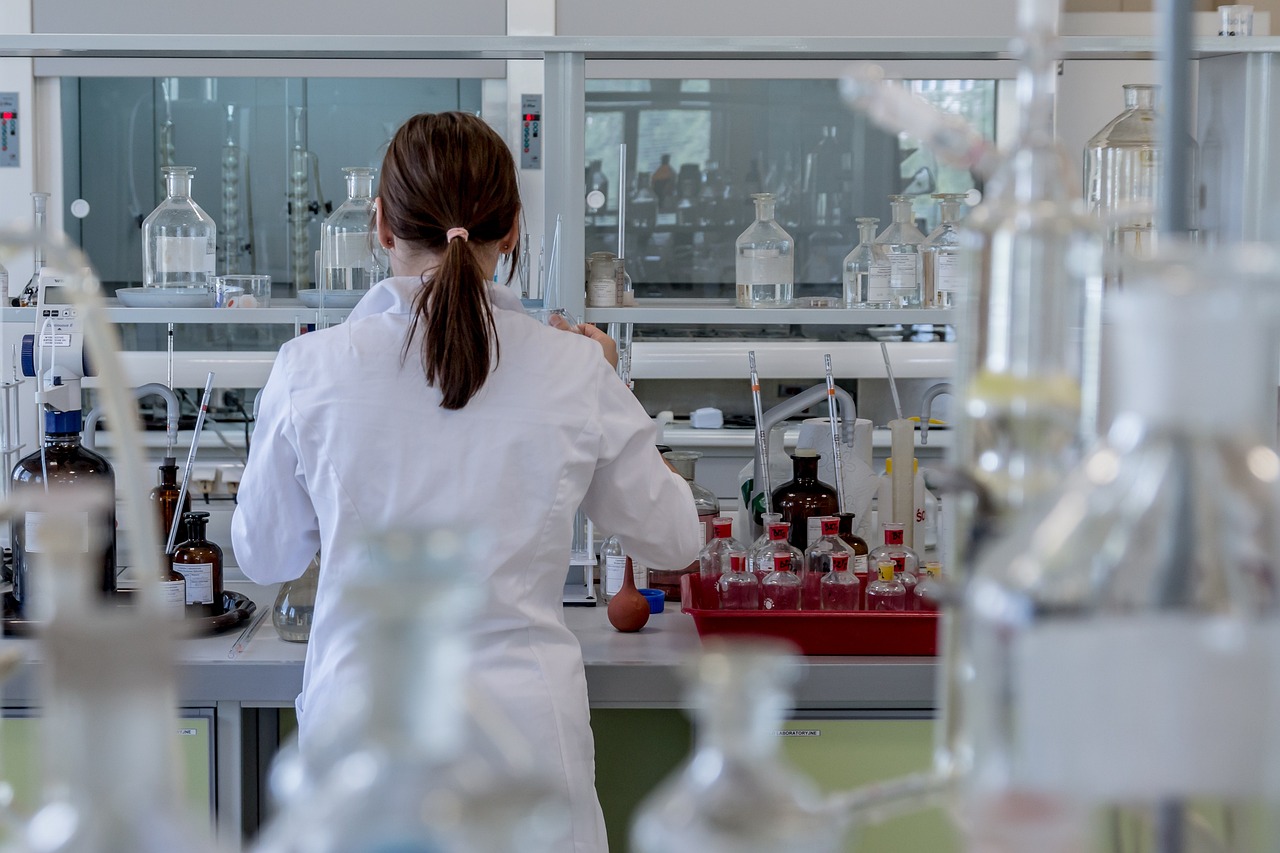 The US Food and Drug Administration (FDA) issued its Investigational New Drug (IND) approval letter to AB Science for the study to examine the efficacy of masitinib for mild to moderate Alzheimer’s.

Professor Olivier Hermine, President of the Scientific Committee of AB Science and member of the Académie des Sciences in France, said, “The authorization to initiate this confirmatory study by key international agencies shows that masitinib is considered as a credible Alzheimer’s disease drug candidate in what is the most prevalent and therefore strategically important population of patients with mild and moderate dementia. This population has proven particularly challenging for clinical studies over the last twenty years and continues to have a very high unmet medical need. Based on its mechanism of action, we believe that masitinib could be a disease-modifying therapy in Alzheimer’s disease by its ability to switch microglia and mast cells from neurodegenerative to neuroprotective phenotypes, as well as in other neurodegenerative disorders such as amyotrophic lateral sclerosis (ALS) and progressive forms of multiple sclerosis.”

Study AB21004 is a randomized, double-blind phase 3 study to evaluate the safety and efficacy of masitinib in patients with mild to moderate Alzheimer’s disease, as an add-on therapy to standard of care, cholinesterase inhibitors and/or memantine. The study will enroll 600 patients with confirmed clinical diagnosis of mild and moderate Alzheimer’s disease, corresponding to a Mini Mental State Examination (MMSE) score of between 14 to 25, inclusive.

The objective of study AB21004 is to confirm results from the first phase 2B/3 study, AB09004, which showed that masitinib administered at 4.5 mg/kg/day significantly slowed cognitive deterioration relative to placebo and also reduced loss of functional ability in activities of daily living in the targeted AD population. The primary endpoint of study AB21004 will be to evaluate the effect of masitinib on absolute change from baseline in ADCS-ADL score and in ADAS-Cog-11.

The positioning of masitinib is different from other Alzheimer’s disease drugs such as lecanemab, aduhelm, donanemab and crenenzumab, which target the earliest stages of the Alzheimer’s disease continuum, including very mild dementia, prodromal or asymptomatic Alzheimer’s disease (i.e., MMSE>22 and up to 30, with a MMSE score of 27-30 being associated with normal cognitive function).

The mechanism of action of masitinib is also different from many other drugs being developed for Alzheimer’s disease and possibly complementary in the sense that masitinib targets microglia and mast cells to deliver a disease modifying neuro protective effect, whereas lecanemab, aduhelm, donanemab, and crenenzumab are anti-amyloid antibodies that aim to eliminate toxic amyloid-beta (Aβ) aggregates.

Furthermore, masitinib is an orally administered tyrosine kinase whereas the aforementioned anti-amyloid antibody drugs are administered via injection.

Dr. Jeffrey Cummings, Director of the Chambers-Grundy Center for Transformative Neuroscience at the University of Nevada, Las Vegas, USA commented, “We are very happy to be initiating this international phase III study of masitinib in the United States, especially since there are very limited treatment options for patients with mild or moderate Alzheimer’s disease. The trial (AB21004) aims to confirm the outcomes observed in the previous masitinib phase 2B/3 study (AB09004) supporting the efficacy and safety of masitinib”.

About the results from previous phase 2B/3 AB09004

Study AB09004 was the first successful phase 2B/3 randomized trial in mild-to-moderate Alzheimer’s disease of a drug targeting innate immune cells of the neuroimmune system. Masitinib at 4.5 mg/kg/day showed significant benefit over placebo according to the primary analysis, with an acceptable safety profile.

Primary efficacy analysis (based on multiple endpoints, each tested at a significance level of 2.5%) was the least-squares mean change from baseline to week-24 in either the 11-item Alzheimer’s Disease Assessment Scale – cognitive subscale (ADAS-cog), or the Alzheimer’s Disease Cooperative Study Activities of Daily Living Inventory scale (ADCS-ADL).

Results showed that masitinib can generate a significant treatment effect relative to placebo in the primary endpoint of change from baseline in ADAS-Cog, an instrument that measures the effect on cognition and memory. Specifically, masitinib 4.5 mg/kg/day (n=182) showed significant benefit relative to placebo (n=176), with a respective change in ADAS-cog from baseline of -1.46 (representing an overall improvement in cognition) versus +0.69 (representing increased cognitive deterioration); a corresponding ADAS-cog between-group difference of -2.15 (97.5%CI [-3.48, -0.81]), p=0.0003.

It was also seen that masitinib generated a non-significant trend towards improved overall function relative to placebo as measured by the ADCS-ADL score, an instrument that assesses self-care and activities of daily living. Specifically, masitinib 4.5 mg/kg/day showed a change in ADCS-ADL from baseline of +1.01 (representing an overall functional improvement) versus -0.81 for placebo (representing increased functional deterioration); a corresponding ADCS-ADL between-group difference of +1.82 (97.5%CI [(-0.15, 3.79]), p=0.038.

The safety of masitinib as an adjunct to cholinesterase inhibitor and/or memantine was acceptable and consistent with its known tolerability profile. It is noteworthy that this result is in the context of a relative elderly population (average age of about 73 years) with comorbidities. The incidence of patients having at least one treatment-emergent adverse event (AE) after 24 weeks of treatment was 87% for masitinib 4.5 mg/kg/day versus 77.5% for the placebo-control group. This corresponds to an incidence rate ratio (masitinib/placebo) of 1.1. The incidence of severe AE for masitinib 4.5 mg/kg/day was 26.5% versus 19.3% in the placebo-control group, corresponding to an incidence rate ratio of 1.4.

About masitinib’s mechanism of action in Alzheimer’s disease

Masitinib (AB1010) is an oral tyrosine kinase inhibitor that has demonstrated neuroprotective action in neurodegenerative diseases via inhibition of mast cell and microglia/macrophage activity, possibly by switching the neuroimmune system from a neurotoxic state towards a neuroprotective state through remodeling of the neuronal microenvironment. Mast cells, macrophages and microglia are types of innate immune cells that are present in the central nervous system, and for which there is a growing body of evidence implicating them in the pathophysiology of neurodegenerative diseases such as Alzheimer’s disease, progressive forms of multiple sclerosis and amyotrophic lateral sclerosis (ALS).

Despite decades of extensive research, the overwhelming majority of human trials (predominantly testing amyloid-based therapeutics) have failed to demonstrate clinical efficacy. This underscores a need for innovative, non-amyloid based approaches, including therapies that modulate the neuroimmune response in Alzheimer’s disease, which has been implicated in the pathophysiology of the disease. 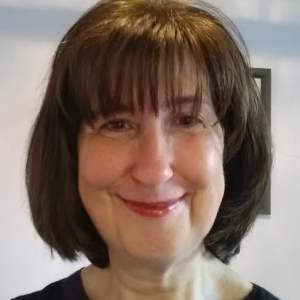