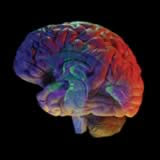 Solanezumab slowed Alzheimer’s by 30% in a trial earlier this year. Find out what it’s maker, Ely Lilly, plans for the next step.

INDIANAPOLIS — Eli Lilly and Company today provided an update on the next steps planned for solanezumab, its Phase 3 monoclonal antibody being studied as a potential therapy for patients with mild Alzheimer’s disease. Following discussions with regulators in the U.S., Europe and Canada, Lilly plans to conduct an additional Phase 3 study of solanezumab in patients with mild Alzheimer’s disease. Additional details, including study design and length, are still being determined. Lilly expects to initiate this study no later than Q3 2013.

Visit NBCNews.com for breaking news, world news, and news about the economy

Based on recent meetings with the U.S. Food and Drug Administration (FDA), Lilly does not intend to submit a Biologics License Application (BLA) at this time in the U.S. based solely on the existing analyses of data from the EXPEDITION studies. Lilly will continue to analyze and discuss the data from the two, Phase 3, double-blind, placebo-controlled solanezumab EXPEDITION studies with regulators globally to determine the regulatory paths forward in different regions. It is possible that different courses of action could be taken in different jurisdictions. Independent analyses of the Phase 3 solanezumab EXPEDITION data were conducted by the Alzheimer’s Disease Cooperative Study (ADCS), an academic research consortium, and presented at the annual meeting of the (ANA) on Oct. 8, 2012, and at the Clinical Trial on Alzheimer’s Disease (CTAD) meeting on Oct. 29, 2012.

“Based on both the independent analyses by the ADCS, as well as our own,” said Eric Siemers, senior medical director of Lilly’s Alzheimer’s disease team, “we believe the results demonstrating a slowing of cognitive decline in patients with mild Alzheimer’s disease treated with solanezumab are the first data from Phase 3 clinical trials that support the amyloid hypothesis.”

“We remain encouraged and excited by the solanezumab data,” said David Ricks, senior vice president and president, Lilly Bio-Medicines. “We are committed to working with the FDA and other regulatory authorities to bring solanezumab to the millions of patients and caregivers suffering from this devastating disease who urgently need this potential treatment.”

About Solanezumab Solanezumab is a Phase 3, monoclonal antibody that binds to soluble monomeric forms of amyloid-beta after it is produced, allowing it to be cleared before it clumps together to form beta-amyloid plaques. About the EXPEDITION Trials The EXPEDITION trials consisted of two Phase 3, double-blind, placebo-controlled solanezumab trials in patients with mild-to-moderate Alzheimer’s disease in 16 countries around the world. In both of the EXPEDITION study protocols, mild Alzheimer’s disease was defined as a baseline Mini-Mental Status Examination (MMSE) score of 20 to 26 and moderate Alzheimer’s disease was defined as a baseline MMSE score of 16 to 19. The designs of EXPEDITION1 and EXPEDITION2 were the same. Patients aged 55 years or older were eligible to enroll in these studies; EXPEDITION1 enrolled 1,012 patients and EXPEDITION2 enrolled 1,040 patients. Patients received either 400mg of solanezumab infused intravenously (IV) or placebo every four weeks for approximately 18 months. Both EXPEDITION trials allowed patients to remain on stable standard of care (defined as their existing treatment regimen) during these studies. More than 85 percent of the patients in these trials were taking an acetycholinesterase inhibitor and / or memantine. While primary endpoints, both cognitive and functional, were not met in the two Phase 3, double-blind, placebo-controlled solanezumab EXPEDITION trials in patients with mild-to-moderate Alzheimer’s disease, a pre-specified secondary analysis of pooled data in patients with mild Alzheimer’s disease showed a statistically significant slowing of cognitive decline. This finding represented a 34 percent reduction in decline. Over the 18 months of the EXPEDITION studies, the difference between patients treated with solanezumab versus placebo increased at a relatively constant rate over time. In the pooled analyses of the EXPEDITION studies, the only adverse event with an incidence of at least 1 percent that occurred statistically significantly more in the solanezumab group than in the placebo group was angina (1.1 percent versus 0.2 percent). The incidence of vasogenic edema (ARIA-E) was approximately 1 percent, occurring in 11 patients treated with solanezumab and 5 patients on placebo, which was not statistically significant. An ongoing, open-label extension study, EXPEDITION-EXT, is fully enrolled and will continue as planned.

About Alzheimer’s disease Alzheimer’s disease, the most common form of dementia, causes progressive decline in memory and other aspects of cognition.1,2 Researchers do not know exactly what causes Alzheimer’s disease and there are currently no approved treatments shown to slow the progression of this devastating disease, only treatment options that reduce certain symptoms of the disease. 1,3,4 Alzheimer’s Disease International (ADI) estimates that there are currently 35.6 million people with dementia worldwide, with 7.7 million new cases each year (which implies one new case every four seconds).5 The number of people affected is estimated to be over 115 million by 2050.4 Estimates vary, but experts suggest that as many as 5.4 million Americans may have Alzheimer’s disease.3 About Eli Lilly and Company Lilly, a leading innovation-driven corporation, is developing a growing portfolio of pharmaceutical products by applying the latest research from its own worldwide laboratories and from collaborations with eminent scientific organizations. Headquartered in Indianapolis, Ind., Lilly provides answers — through medicines and information — for some of the world’s most urgent medical needs. Additional information about Lilly is available at www.lilly.com. P-LLY 1 National Institute of Neurological Disorders and Stroke. “Dementia: Hope Through Research.” Available at: http://www.ninds.nih.gov/disorders/dementias/detail_dementia.htm#1908919213. Accessed on August 13, 2012. 2 Alzheimer’s Association. “2012 Alzheimer’s Disease Facts and Figures.” Available at: http://www.alz.org/downloads/facts_figures_2012.pdf. Accessed on August 13, 2012. 3 Robert P, Ferris S, Gauthier S, Ihl R, Winblad B, Tennigkeit F. Review of Alzheimer’s disease Scales: Is There a Need for a New Multi-domain Scale for Therapy Evaluation in Medical Practice?. Alzheimer’s Research & Therapy. 2010; 2(24): 1-13. 4 Perrin, R., et al. “Multimodal techniques for diagnosis and prognosis of Alzheimer’s disease.” Nature 2009 (461); 916-922. 5 Alzheimer’s Disease International. “Dementia Statistics.” Available at: http://www.alz.co.uk/research/statistics. Accessed on August 13, 2012.

Suggest you go to http://www.Alzforum.org and look at the slides presented at the scientific meeting in Stockholm. Suggest you google 'Largest insider trading scandal in US history' – both sources will lead you to see that this information is false! These beta amyloids show no clinical effect in slowing or halting the progression of Alzheimer's. In fact decline was the same as placebo!