Converting a Person’s Own Cells into Functional Neurons with PTB 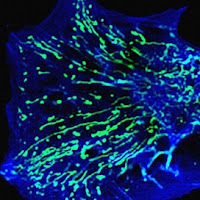 From Alzheimer’s & Parkinson’s to multiple sclerosis & amyotrophic lateral sclerosis (Lou Gehrig’s disease), existing therapies focus on simply trying to preserve neurons or slow the rate of degeneration. A new technique creates new neurons in patients using their own cells adjacent to deteriorating neurons. Can this lead to a cure?

Repression of a single protein in ordinary fibroblasts is sufficient to directly convert the cells – abundantly found in connective tissues – into functional neurons. The findings, which could have far-reaching implications for the development of new treatments for neurodegenerative diseases like Huntington’s, Parkinson’s and Alzheimer’s, are in the January 17 issue of the journal Cell.

In recent years, scientists have dramatically advanced the ability to induce pluripotent stem cells to become almost any type of cell, a major step in many diverse therapeutic efforts. The new study focuses upon the surprising and singular role of PTB, an RNA-binding protein long known for its role in the regulation of alternative RNA splicing. 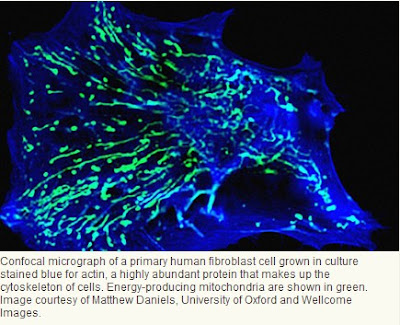 In in vitro experiments, scientists at University of California, San Diego School of Medicine and Wuhan University in China describe the protein’s notable regulatory role in a feedback loop that also involves microRNA – a class of small molecules that modulate the expression of up to 60 percent of genes in humans. Approximately 800 miRNAs have been identified and characterized to various degrees.

One of these miRNAs, known as miR-124, specifically modulates levels of PTB during brain development. The researchers found that when diverse cell types were depleted of PTB, they became neuronal-like cells or even functional neurons – an unexpected effect. The protein, they determined, functions in a complicated loop that involves a group of transcription factors dubbed REST that silences the expression of neuronal genes in non-neuronal cells.

According to principal investigator Xiang-Dong Fu, PhD, professor of cellular and molecular medicine at UC San Diego, it’s not known which neuronal signal or signals turn on the loop, which in principle can happen at any point in the circle. But the ability to artificially manipulate PTB levels in cells, inducing them to become neurons, offers tantalizing possibilities for scientists seeking new treatments for an array of neurodegenerative diseases.

It is estimated that over a lifetime, one in four Americans will suffer from a neurodegenerative disease, from Alzheimer’s and Parkinson’s to multiple sclerosis and amyotrophic lateral sclerosis (Lou Gehrig’s disease).

“All of these diseases are currently incurable. Existing therapies focus on simply trying to preserve neurons or slow the rate of degeneration,” said Fu. “People are working with the idea of replacing lost neurons using embryonic stem cells, but there are a lot of challenges, including issues like the use of foreign DNA and the fact that it’s a very complex process with low efficiency.”

Fu explained that REST is expressed in cells everywhere except in neurons. PTB is itself a target of miR-124, but also acts as a break for this microRNA to attack other cellular targets that include REST, which is responsible for repressing miR-124.

“If we learn how to manipulate PTB, which appears to be a kind of master regulator, we might eventually be able to avoid some of these problems by creating new neurons in patients using their own cells adjacent deteriorating neurons,” said Fu.