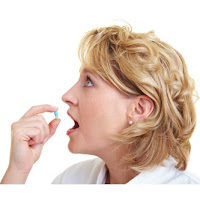 Estrogen showed a protective effect in women carrying the ApoE4 gene. ApoE4 puts people at substantially increased risk for Alzheimer’s. Learn when and how estrogen may protect you.

However, in carriers who started hormone therapy at menopause and remained on that therapy, this acceleration was absent, the researchers said. Hormone therapy for non-carriers of the risk factor, a gene variant called ApoE4, had no protective effect on their biological aging.

“This shows that ApoE4 is contributing to aging at the cellular level well before any outward symptoms of decline become apparent,” said Natalie Rasgon, MD, PhD, professor of psychiatry and behavioral sciences at the Stanford University School of Medicine and director of the Stanford Center for Neuroscience in Women’s Health. “Yet, estrogen appears to have a protective effect for middle-aged women who are carrying this genetic risk factor.”

All people carry two copies of a gene called ApoE. (One copy is inherited from each parent). Like genes for eye or hair color, ApoE comes in more than one version. Some 15 to 20 percent of Americans carry at least one copy of ApoE4, a version that puts them at substantially increased risk for late-onset Alzheimer’s disease in comparison with people who are not ApoE4 carriers.

Rasgon is the senior author of a study involving 70 relatively well-educated, high-functioning women. It was published online Feb. 13 in PLOS ONE. First author Emily Jacobs, PhD, is a postdoctoral fellow at Harvard Medical School. When the work took place, Jacobs was associated with the lab of another study co-author, Elissa Epel, PhD, associate professor of psychiatry at the University of California-San Francisco.

“We know from numerous studies that ApoE4 is a major genetic risk factor for cognitive decline, Alzheimer’s disease and early mortality,” Jacobs said. “We wanted to see whether an accelerated rate of biological aging explained this risk.”

Another co-author of the study is Elizabeth Blackburn, PhD, professor of biochemistry and biophysics at UCSF, who won the Nobel Prize in 2009 for her work elucidating the mechanism by which intracellular features called telomeres act as biological clocks.

Telomeres are repeated sequences of alternating chemical units of DNA that cap the ends of each chromosome in every cell of all living creatures from fungi to humans. Their function is analogous to that of the plastic caps ringing the ends of a shoelace: They stabilize chromosomes, keeping them from unraveling and preventing other damage, too. But telomeres themselves are not perfectly stable. The process of cell division, as well as bouts of oxidative stress or inflammation, cause them to shorten. If they reach a point at which chromosomal integrity is challenged, this could give rise to cancer or other malfunction in the cell housing the challenged chromosomes. Evolution has engineered protective mechanisms into such cells so that they die or, at least, lose their ability to divide further. But this evolutionary emergency brake has its downside: It contributes to the slow but steady deterioration that manifests visibly in our aging skin and, less visibly, in all the other bodily organs.

Using telomere shortening as an index of biological aging, the investigators drew blood samples from almost 70 healthy women, most of them between the ages of 45 and 65, who had been on hormone therapy since menopause. These women were randomly divided into two groups. One group remained on hormones, while the second group discontinued therapy.

Blood samples from the volunteers were taken when they first entered the study and again two years later. Jacobs, Rasgon and their colleagues separated white blood cells from each sample, extracted the cells’ DNA and measured the length of each woman’s telomeres at both time points. Then they calculated the change in telomere length that had taken place over the two-year period.

“Telomere length is relatively easy to measure in blood cells, and it’s an emerging marker of biological aging,” said Jacobs. “It predicts the incidence of age-related diseases and mortality.”

Among the many other assessments the researchers made on these women was their ApoE status. They found that ApoE4 carriers’ telomeres were six times as likely as those of non-carriers to undergo significant shortening within the two-year study window. On average, the telomeres of ApoE4 carriers had shortened by an amount equivalent to what might be expected to take a decade, based on other studies of healthy women.

However, hormone therapy effectively zeroed out ApoE4’s negative influence on telomere length over time. Carriers who remained on this regimen showed no evidence of telomere shortening.

“Our take-home findings from this study were, first, that ApoE4 carriers are at greater risk of biological aging, which is associated with negative health outcomes and, second, that if you were a postmenopausal ApoE4 carrier, being on estrogen therapy was a good thing for telomere length, an established measure of biological aging at the cellular level,” Rasgon said. “This brings us a step closer to being able to identify which women will benefit the most from estrogen replacement therapy.”

In 2002, one arm of a large-scale longitudinal trial of women examining hormone therapy was halted due to an unexpected increase in adverse cardiovascular events among women on the therapy. The ensuing publicity resulted in women abandoning the regimen in droves. But the trial subjects among whom these ill effects occurred were women who had begun estrogen treatment years after reaching menopause. Subsequent studies have demonstrated that women who start treatment at menopause or soon afterward may experience some benefit.

Rasgon noted that in addition to timing and ApoE status, the type of estrogen formulation used may prove to be an important determinant of hormone therapy’s health impact. She said she expects to publish other work soon concerning the differential effects of different formulations.

Rasgon’s graduate student Heather Kenna was another Stanford co-author of the study, which was funded by National Institutes of Health grants (AG22008, RR-00070) and the Robert Wood Johnson Foundation Health and Society Scholars Program.

Information about the medical school’s Department of Psychiatry and Behavioral Sciences, which also supported this work, is available at http://psychiatry.stanford.edu.

Here we report that pregnenolone, which is produced from cholesterol by the steroidogenic enzyme.
HerbsCity.com