Is It Lewy Body Dementia or Alzheimer’s? Datscan Can Tell 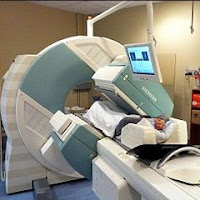 80% of Lewy Body dementia cases are initially misdiagnosed as Alzheimer’s or some other disorder. Until now, it could take a year or more to correct that. Learn how GE’s “DaTSCAN” scanning technology is quickly changing all that.

CHALFONT ST. GILES, England–(BUSINESS WIRE)–GE Healthcare presented the results of a randomized study analyzing the effect of DaTSCAN™ (Ioflupane I 123 Injection) SPECT imaging in a group of adult patients with a diagnosis of possible dementia with Lewy bodies (DLB). The findings, presented at the 2013 American Academy of Neurology Meeting, reported use of DaTSCAN imaging significantly contributed to a change in diagnostic category and improved physician confidence in diagnosing these patients.1

“A clinical diagnosis of DLB can be particularly challenging, and this study reported that the use of DaTSCAN SPECT imaging in patients with possible DLB resulted in more changes from baseline diagnosis than in patients evaluated based only on clinical examination and routine investigations,” said Zuzana Walker, MD Reader in Psychiatry of the Elderly, UCL Mental Health Sciences Unit, University College of London, and lead author of the study. “In addition, in this study, physicians who had access to DaTSCAN imaging for their patients reported greater confidence in their diagnoses, which may enable them to make more appropriate treatment decisions and provide better support and advice to their patients.”

This multicenter (23 centers in 6 European countries), randomized, open-label, comparative clinical trial evaluated the impact of DaTSCAN SPECT imaging on diagnosis and on the diagnostic confidence of clinicians in patients diagnosed with possible DLB who underwent DaTSCAN imaging (N=114) with those in the control group who did not (N=56). The proportion of patients with changes in clinical diagnosis and changes in confidence in diagnosis from baseline was compared between the two groups at 8 and 24 weeks from baseline.

Results showed that significantly more patients in the DaTSCAN imaging group had a change in diagnostic category compared to patients in the control group after 8 weeks (61% versus 4%, P<.0001) and after 24 weeks (69% versus 16%, P<.0001). Additionally, physicians with access to DaTSCAN imaging for their patients reported significantly more confidence in their diagnoses at 8 and 24 weeks of follow-up (p < 0.0001) compared with physicians of control patients. Clinicians reported that they were more likely to change the diagnostic category if the DaTSCAN image was abnormal (82%) than if the result was normal (48%).

Dementia with Lewy bodies (DLB) is one of the most common types of progressive dementia, and is a common form of dementia in old age, accounting for nearly 15-20 percent of cases.2 The central feature of DLB is progressive cognitive decline, combined with three additional defining features: (1) pronounced “fluctuations” in alertness and attention, such as frequent drowsiness, lethargy, lengthy periods of time spent staring into space, or disorganized speech; (2) recurrent visual hallucinations, and (3) parkinsonian motor symptoms, such as rigidity and the loss of spontaneous movement. 3

About DaTSCAN™ (Ioflupane I 123 Injection)

In July 2000, the European Commission granted a Marketing Authorization under the trade name DaTSCAN for use in detecting loss of functional dopaminergic neurons (nerve cells in the brain) in patients with clinically uncertain Parkinsonian syndrome (PS). In July 2006, the European indication was expanded to include differentiation of probable DLB from AD. DaTSCAN is currently licensed and distributed in 34 countries, and has been in clinical use for ten years in more than 300,000 patients worldwide.

DaTSCAN is one component of a broad portfolio of marketed and investigational diagnostic solutions that GE Healthcare is currently developing in the neurological disease field. GE Healthcare takes a comprehensive approach to understanding a variety of neurological disorders such as Alzheimer’s disease, Parkinson’s disease, post-traumatic stress disorder, concussion, traumatic brain injury and Multiple Sclerosis through its ongoing research to uncover the causes, risks, and physical effects of these conditions. By collaborating with the pharmaceutical industry to assist in their development of the next generation of therapies to treat these disorders and working with potential partners in the industry, GE Healthcare can provide imaging support for clinical trials of therapeutic agents.