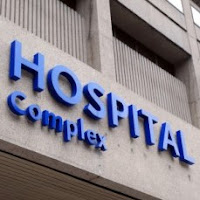 Hospitals are the place to go for serious medical care. Typically, the care is followed by the question, “Would you like to stay a day or two for observation, or leave now?” In a dementia such as Alzheimer’s, what’s the right thing to do?

Why does the doctor offer a choice? Because there is no ‘right’ answer. This is one reason why the doctor gives YOU the option. The doctor does not want to be blamed or liable for a ‘wrong’ choice. But there are a few reasons to lean towards leaving as quickly as you can.

How important are these 3 considerations? Just listen to the video below, in which Eric Dishman, Intel’s Director of Health Innovation and Policy, tells the following incredible story (at the 10-minute mark in the video):

“This is Mimi, from one of our studies –in her 90s, she had to move out of her home because her family was worried about falls. Raise your hand if you had a serious fall in your household, or if any of your loved ones had, or your parents or so forth. Right? Classic.

“Hip fracture often leads to institutionalization of a senior.This is what was happening to Mimi; the family was worried about it, moved her out of her own home into an assisted living facility. She tripped over her oxygen tank.

“Many people in this generation won’t press the button, even if they have an alert call system, because they don’t want to bother anybody, even though they’ve been paying 30 dollars a month. Boomers will press the button. Trust me. They’re going to be pressing that button non-stop. Right?

“Mimi broke her pelvis, lay all night, all morning, finally somebody came in and found her, sent her to the hospital. They fixed her back up.

“No one read the chart, put her on Tylenol, which she is allergic to. Broke out, got bedsores, basically, had heart problems, and died from the fall and the complications and the errors that were there.

“Now, the most frightening thing about this is, this is my wife’s grandmother.

“I can’t stop this from happening.What happens if you don’t have money, you don’t speak English, or don’t have the kind of access to deal with these kinds of problems that inevitably occur?”

(End of transcript. See this segment in the video below at the 10-minute mark.)

Situations such as Mimi’s are even more sensitive in people with dementia, who typically cannot completely care for themselves. At the same time, there are many forms of care that only a hospital can provide. With all this in mind, it seems wise for a person with dementia to strongly consider leaving a hospital as soon as they have completed receiving the care that only the hospital offers.