4 Studies Zoom In On Bexarotene for Alzheimer’s 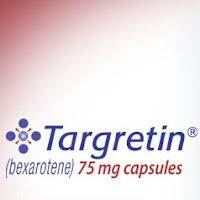 Hear Ronald Peterson, head of the U.S. government’s National Alzheimer’s Project Act, explore the results of 4 new studies on bexarotene (Brand name Targretin®). Bexarotene is an FDA-Approved cancer drug that is one of today’s most promising experimental Alzheimer’s treatments.

Not surprisingly, a flurry of research ensued. The research was quickly licensed to a new spinoff called ReXceptor to pursue this new treatment. They are doing a Phase I clinical trial in humans.

Four other studies were quickly launched at respected universities. This week, all four research groups reported the inital results of their findings.

The four research centers are at:

Two of the teams showed that the drug could indeed reverse memory loss in Alzheimer’s. That news was tempered by the fact that none of the studies showed any significant clearance of Alzheimer’s plaques, the notorious culprit behind Alzheimer’s.

In the radio clip above, Dr. Ronald Peterson, chair of the Advisory Council for the National Alzheimer’s Project Act and the director of the Mayo Alzheimer’s Disease Research Center at the Mayo Clinic in Rochester, Minnesota, discusses what these rich but mixed results mean for the Alzheimer’s community.

The positive results of one of the teams,
University of Pittsburgh Graduate School of Public Health, was published in the journal Science.

The research, funded by the National Institutes of Health’s National Institute on Aging and Alzheimer’s Association, reviewed previously published findings on the drug bexarotene, approved by the U.S. Food and Drug Administration for use in cutaneous T cell lymphoma. The Pitt Public Health researchers were able to verify that the drug does significantly improve cognitive deficits in mice expressing gene mutations linked to human Alzheimer’s disease, but could not confirm the effect on amyloid plaques.

Dr. Koldamova and her colleagues were studying mice expressing human Apolipoprotein E4 (APOE4), the only established genetic risk factor for late-onset Alzheimer’s disease, or APOE3, which is known not to increase the risk for Alzheimer’s disease, when a Case Western Reserve University study was published last year stating that bexarotene improved memory and rapidly cleared amyloid plaques from the brains of Alzheimer’s model mice expressing mouse Apolipoprotein E (APOE). Amyloid plaques consist of toxic protein fragments called amyloid beta that seem to damage neurons in the brain and are believed to cause the associated memory deficits of Alzheimer’s disease and, eventually, death.

Bexarotene is a compound chemically related to vitamin A that activates Retinoic X Receptors (RXR) found everywhere in the body, including neurons and other brain cells. Once activated, the receptors bind to DNA and regulate the expression of genes that control a variety of biological processes. Increased levels of APOE are one consequence of RXR activation by bexarotene. The Pitt researchers began studying similar compounds a decade ago.

“We were already set up to repeat the Case Western Reserve University study to see if we could independently arrive at the same findings,” said co-author Iliya Lefterov, M.D., Ph.D., associate professor in Pitt Public Health’s Department of Environmental and Occupational Health. “While we were able to verify that the mice quickly regained their lost cognitive skills and confirmed the decrease in amyloid beta peptides in the interstitial fluid that surrounds brain cells, we did not find any evidence that the drug cleared the plaques from their brains.”

“We did find a significant decrease in soluble oligomers,” said Dr. Koldamova. “It is possible that the oligomers are more dangerous than the plaques in people with Alzheimer’s disease. It also is possible that the improvement of cognitive skills in mice treated with bexarotene is unrelated to amyloid beta and the drug works through a completely different, unknown mechanism.”

In the Pitt experiments, mice with the Alzheimer’s gene mutations expressing human APOE3 or APOE4 were able to perform as well in cognitive tests as their non-Alzheimer’s counterparts 10 days after beginning treatment with bexarotene. These tests included a spatial test using cues to find a hidden platform in a water maze and a long-term memory test of the mouse’s ability to discriminate two familiar objects following introduction of a third, novel object.

Bexarotene treatment did not affect the weight or general behavior of the mice. The drug was equally effective in male and female mice.


The first author on this study is Nicholas F. Fitz, Ph.D., along with co-author Andrea A. Cronican, Ph.D., both of Pitt Public Health.

More information, including a copy of the paper, can be found online in the Science press package. A user ID and password are required to access this information.

What to believe? One study I just read said it doesn't work. REALLY GET IT TOGETHER!! Too much depends on this.

Actually, all the studies showed that it did not clear amyloid plaque that causes Alzheimer's, the way the original study said it would. So that's what is meant by the articles that report that "it doesn't work".

At the same time, 2 of the 4 studies showed IT IMPROVES memory in Alzheimer's anyway. I think most people don't really care about the plaque getting cleaned out or how it works, as much as they care about being able to improve their memory.

However, the new reports from extensive and carefully controlled studies did not show any reduction in the number of plaques or total area occupied by the plaques during or after treatment.

These results are described in three "technical comments" — one of which comes from researchers at the University of Chicago, Northwestern University, Massachusetts General Hospital, Washington University in St Louis and University of Tubingen in Germany — to be published in the May 24, 2013, issue of Science.

"The drug has NO impact on plaque burden in three strains that exhibit Aβ amyloidosis," according to that group's comment.

"We have failed to support earlier findings by Cramer et al that Targretin is efficacious in reducing plaque burden in transgenic mouse models of cerebral Aβ deposition."
Comment co-author Sangram Sisodia, PhD, professor of neurosciences at the University of Chicago, said he and his colleagues were curious about the initial report in 2012.

"We were surprised and excited, even stunned, when we first saw these results presented at a small conference," said Sisodia.

"The mechanism of action made some sense, but the assertion that they could reduce the areas of plaque by 50 percent within three days, and by 75 percent in two weeks, seemed too good to be true."

"We all went back to our labs and tried to confirm these promising findings," Sisodia added.

"We repeated the initial experiments — a standard process in science. Combined results are really important in this field.

None of us found anything like what they described in the 2012 paper."

The researchers found no effects on plaque burden in three different strains of mice that were treated with bexarotene.
The discrepancy, besides being disappointing, also raises concerns about patient safety. The Food and Drug Administration approved bexarotene in December 1999 for a very specific use: treatment of refractory cutaneous T-cell lymphoma, a type of skin cancer. Once approved, the drug became legally available by prescription for "off-label" uses as well.

"Anecdotally, we have all heard that physicians are treating their Alzheimer's patients with bexarotene, a cancer drug with severe side effects," said co-author Robert Vassar, PhD, professor of cell and molecular biology at Northwestern University Feinberg School of Medicine. "This practice should be ended immediately, given the failure of three independent research groups to replicate the plaque-lowering effects of bexarotene."

Bexarotene has never been tested as a treatment for Alzheimer's disease in humans, not even to determine the optimal dose or duration of treatment.

Carlos, the comment above only paints half the picture. For the whole picture, read the article,

Bexarotene for Alzheimer's: The Good, the Bad and the Ugly