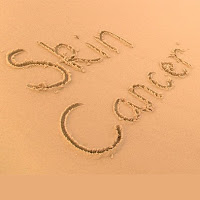 80% fewer skin-cancer patients get Alzheimer’s. Why? Is it the medicines they take, their genes, or are they more prone to sunshine, activity or healthier eating?

People who have non-melanoma skin cancer may be less likely to develop Alzheimer’s disease, according to research carried out by scientists at Albert Einstein College of Medicine of Yeshiva University. Their findings were published in the May 15, 2013 online issue of Neurology, the journal of the American Academy of Neurology.

“Several previous studies had found correlations between cancer and the risk for developing Alzheimer’s disease,” said lead author Robert White, an Einstein medical student enrolled in the College of Medicine’s Clinical Research Training Program. “Since non-melanoma skin cancer is the most common malignancy in the United States, we wanted to explore its relationship with Alzheimer’s in a large cohort of older people.”

The researchers looked at participants enrolled the Einstein Aging Study, which focuses on the aging brain and examines both normal aging and the special challenges of Alzheimer’s disease and other dementing disorders. This ongoing study recruits people 70 and older who live independently, speak English, live in the Bronx, do not have dementia when they enter the study, and undergo annual checkups.

The present analysis of Einstein Aging Study participants involved 1,012 people (average age 79) who enrolled in the study between October 1993 and December 2009. Initially, 109 people reported that they previously had non-melanoma skin cancer (i.e., basal cell or squamous cell carcinoma). During the study, an additional 32 people developed skin cancer and 126 people developed dementia, including 100 with Alzheimer’s dementia.

People with skin cancer were nearly 80 percent less likely to develop Alzheimer’s disease compared with people who did not have skin cancer. No such association was found with other types of dementia, such as vascular dementia.

Why might skin cancer possibly protect against Alzheimer’s? The researchers can only speculate. “One possible explanation could be physical activity,” said senior author Richard Lipton, M.D., director of the Einstein Aging Study and professor in the Saul R. Korey Department of Neurology at Einstein. “Physical activity is known to protect against dementia, and outdoor activity could increase exposure to ultraviolet radiation, which increases the risk of skin cancer.”


“People should continue to wear sunscreen, avoid the sun during midday and wear clothing to protect their skin.”
– Richard Lipton, M.D.

While the study found an association between non-melanoma skin cancer and reduced risk for Alzheimer’s disease, it did not prove a cause-and-effect relationship. And, said Dr. Lipton, the findings certainly should not encourage people to abandon their skin-cancer prevention efforts. “People should continue to wear sunscreen, avoid the sun during midday and wear clothing to protect their skin,” he said.


The study is titled “Non-melanoma skin cancer is associated with reduced Alzheimer’s risk.” The other authors were Charles Hall, Ph.D., at Einstein and Joshua Steinerman, M.D., at ProGevity Neuroscience, Inc.

The study was funded by grants from the National Institute of Aging (including AG003949 for the Einstein Aging Study), the National Cancer Institute and the Albert Einstein Cancer Center.

Dr. Lipton is funded by the National Institute on Aging and has received support from Bristol Myers Squibb and Merck in the area of Alzheimer’s research. Dr. Steinerman is employed by Teva Pharmaceuticals. Drs. White and Hall have nothing to disclose.

Brilliant. Very helpful site indeed! If you have a moment, appreciate your click-over to peek at my site… many thanks : ) http://cnb12.net/dermatology-news/medicalderm-online-journal/

Thanks for taking the time to discuss that, I feel strongly about this and so really like getting to know more on this kind of field. Do you mind updating your blog post with additional insight? It should be really useful for all of us. https://s3-us-west-2.amazonaws.com/hope4cancerreviews/index.html Hope4Cancer