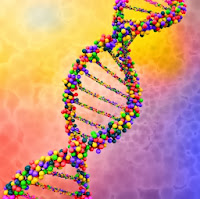 The world’s 4 largest international Alzheimer’s genetic consortiums have joined forces. The goal? To win the war on Alzheimer’s. Since joining together, they have identified more susceptibility genes than discovered in the last 20 years. Witness their recent triumphs on 11 new fronts.

In the largest ever study of its kind, an international collaboration of scientists, jointly led by Cardiff, has uncovered 11 new susceptibility genes linked with Alzheimer’s disease.

Published in Nature Genetics and undertaken by the International Genomics Project (IGAP), the work details 11 new regions of the genome involved in the onset of this neurodegenerative condition. The research, part-funded by the Medical Research Council, the Welsh Government and Alzheimer’s Research UK, builds on the genome-wide association analysis study that has since 2009 discovered 10 genes known to be associated with Alzheimer’s.

“By combining the expertise and resources of geneticists across the globe, we have been able to overcome our natural competitive instincts to achieve a real breakthrough in identifying the genetic architecture that significantly contributes to our mapping of the disease.”

The four groups of international geneticists are:

“What surprised us most about the findings was the very strong pattern that showed several genes implicating the body’s immune response in causing dementia.”

“We now have a total of 21 published genes known to increase the risk of developing Alzheimer’s, though a large portion of the genetic risk for the disease remains unexplained. Further research is still needed to locate the other genes involved before we can get a complete picture,” she added.

Since February 2011, the leaders of these four largest international research consortiums on the genetics of Alzheimer’s have joined forces to accelerate the discovery of new genes. In less than three years the IGAP scientists have been able to identify more susceptibility genes than was achieved in the last 20 years.

Genetic data was collected from 74,076 individuals from 15 countries across the globe yielding 11 new gene discoveries.

One of the most significant discoveries was found in the HLA-DRB5/DRB1 major histocompatibility complex region of the brain, which confirms the involvement of the immune system in the disease. The same region is also associated with two other neurodegenerative disorders: multiple sclerosis and Parkinson’s disease.

Professor Williams commented on the direction the next phase of research will take:

“We will now turn our attention to people with early onset Alzheimer’s – people in their 40s and 50s afflicted with more severe forms of the condition. Their genetic architecture may hold the key to finding yet more genes involved in Alzheimer’s. They carry a heavier genetic load than people who develop the condition in later life and will yield clues about what genetic markers we should be looking out for.

“We will also be compiling the findings of a series of major studies exploring the role environmental factors play in the development of Alzheimer’s, looking at what increases our risk and, conversely, what lessens it. These insights, we hope, will give people an opportunity to change their risk for the better, setting them on a safer course through
life.

“Our work demonstrates that, given the complexity of such a disease, only a global collaboration will quickly find solutions to tackle this major threat. It would be greatly encouraging to also see the world’s molecular biologists all pulling together, breaking out of their silos and uniting in their aim of unraveling disease and developing the treatments to tackle it.”

“This paper is another big step towards understanding the causes of Alzheimer’s disease. I’m very proud of the major role taken by the MRC Centre team in this work which has also involved groups from around the world. It clearly shows the value of collaboration in studies of this kind and opens up a number of important new avenues for research. The MRC Centre has already begun a new study aiming to understand how genes contribute to early onset forms of Alzheimer’s and will also increasingly focus on the interplay between genetic and environmental factors in large population studies.”

Professor Hugh Perry, Chair of the Neurosciences and Mental Health Board at the Medical Research Council, said:

“Understanding how our genetic code contributes to Alzheimer’s disease, other dementias and neurodegenerative diseases is a crucial part of the puzzle in learning how we can prevent their devastating effects. It is particularly noteworthy that this study yet further strengthens the role of the immune response in the development of Alzheimer’s. This landmark study spearheaded by the MRC research team and others is testament to investing in projects that foster first-class global collaborations to combat dementia.”

“As we are all aware, Alzheimer’s has a profound effect on many of us and so I’m delighted that the Welsh Government has been able to support this research through our ongoing funding of the Wales Dementias and Neurodegenerative Diseases Research Network and the MRC Centre. The study brought together scientists from across the globe and has succeeded in throwing new light on this complex disease.”

“By mapping the genetics of the most common, late-onset form of Alzheimer’s, these findings highlight new biological processes that could significantly advance our understanding of this devastating disease. Alzheimer’s is a complex disease that requires a multi-faceted research approach and this important study shows the progress that can come through collaboration. Advances in technology have accelerated genetic research in recent years and Alzheimer’s Research UK is pleased to be supporting scientists at the cutting edge of this progress. While this new discovery holds real potential, the true value will come from pinpointing the exact genes involved, how they contribute to Alzheimer’s, and how this could be translated into benefits for people living with the disease.”

Professor Julie Williams CBE is Chief Scientific Advisor for Wales and is one of the UK’s leading figures in Alzheimer’s research and plays a key role in the Medical Research Council (MRC) Centre on Neuropsychiatric Genetics and Genomics. Among her most important work is the discovery of the susceptibility genes for Alzheimer’s disease – findings highlighted by Time Magazine as among the top 10 medical breakthroughs of 2009.

The paper, entitled ‘Meta-analysis of 74,046 individuals identifies 11 new susceptibility loci for Alzheimer’s disease’ is published today in Nature Genetics and can be accessed by clicking here.