Alzheimer’s Drugs That Are Good for the Heart 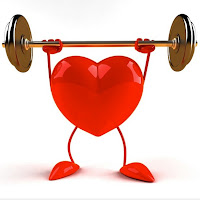 In 7,000 people with Alzheimer’s, those taking high doses of common Alzheimer’s drugs saw their rate of heart attacks drop in half. Find out more about these medications and their anti-inflammatory heart-healthy properties.

Donepezil, rivastigmine and galantamine are used for treating mild to moderate Alzheimer’s disease [2]. Side-effects of ChEIs include a beneficial effect on the vagus nerve, which controls the rate at which the heart beats, and some experimental studies have suggested that ChEIs could also have anti-inflammatory properties.

“If you translate these reductions in risk into absolute figures, it means that for every 100,000 people with Alzheimer’s disease, there would be 180 fewer heart attacks – 295 as opposed to 475 – and 1125 fewer deaths from all causes – 2000 versus 3125 – every year among those taking ChEIs compared to those not using them.”

Patients taking the highest recommended doses of ChEIs had the lowest risk of heart attack or death: 65% and 46% lower respectively compared with those who had never used ChEIs.

The researchers also checked whether the reduction in risk applied only to the use of ChEIs or was seen in other drug treatments for dementia. Memantine is a drug indicated for use in moderate to advanced Alzheimer’s disease and works in a different way to ChEIs [3]. The researchers found it made no difference to the risk of heart attack or death from any cause.

“As far as we know, this is the first time that the use of ChEIs has been linked to a reduced risk of heart attacks and deaths from cardiovascular disease in general or from any cause. As this is an observational study, we cannot say that ChEI use is causing the reduction in risk, only that it is associated with a reduction. However, the strengths of the associations make them very interesting from the clinical point of view, although no clinical recommendations should be made on the basis of the results from our study. It would be of great value if a meta-analysis of previous, randomised controlled trials could be performed, as this might produce answers on which clinical recommendations could be based.”

As the study was based on a nationwide group of patients, Prof Nordström said it should be possible to extrapolate the findings to other countries.

[1] “The use of cholinesterase inhibitors and the risk of myocardial infarction and death: a nationwide cohort study in subjects with Alzheimer’s disease”, by Peter Nordström, Dorota Religa, Anders Wimo, Bengt Winblad, and Maria Eriksdotter. European Heart Journal. doi:10.1093/eurheartj/eht182

[2] Donepezil, rivastigmine and galantamine are also known by the trade names Aricept, Exelon and Reminyl respectively.

[3] Memantine is known by the trade name Ebixa.

The European Heart Journal is the flagship journal of the European Society of Cardiology. It is published on behalf of the ESC by Oxford Journals, a division of Oxford University Press. Please acknowledge the journal as a source in any articles.