Pimavaserin May Solve The Problem of Antipsychotics in Dementia 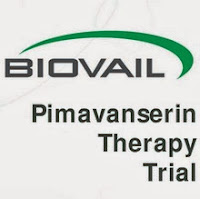 The off-label use of current antipsychotic medications for dementia is linked to increased mortality, serious adverse events, and cognitive decline. Learn how the pimavanserin trial hopes to change all that.

SAN DIEGO–ACADIA Pharmaceuticals Inc. is conducting a Phase II feasibility trial designed to examine the efficacy and safety of pimavanserin as a treatment for patients with Alzheimer’s disease psychosis (ADP). No drug is approved in the United States to treat ADP and the off-label use of current antipsychotics is linked to increased mortality, serious adverse events, and cognitive decline in elderly patients with dementia-related psychosis.

“Finding new therapies that can effectively treat ADP without compromising safety is an important priority for the neurology community and society as a whole. Pimavanserin’s attractive efficacy, tolerability and safety profile observed in a Phase III trial in patients with Parkinson’s disease psychosis suggests that it may offer the potential for an important new therapeutic advance for patients suffering from ADP.”

The Phase II feasibility trial, referred to as the -019 Study, is a randomized, double-blind, placebo-controlled study designed to examine the efficacy and safety of pimavanserin in about 200 patients with ADP. The study is being conducted through a large network of research care homes established as part of the National Institute for Health Research (NIHR) Maudsley Biomedical Research Unit. Following a screening period that includes brief psycho-social therapy, patients will be randomized on a one-to-one basis to receive either 40 mg of pimavanserin or placebo once-daily for 12 weeks. The -019 Study will assess several key efficacy endpoints, including use of the Neuropsychiatric Inventory – Nursing Home (NPI-NH) scale to measure psychosis (hallucinations and delusions), agitation/aggression, and sleep/nighttime behavior, as well as use of the Cohen-Mansfield Agitation Inventory – Short Form (CMAI-SF) scale and the Alzheimer’s Disease Cooperative Study – Clinical Global Impression of Change (ADCS-CGIC) scale. Key efficacy endpoints will be based on the change at week six from baseline. The study will also assess additional exploratory endpoints, including the cognitive status of patients using the Mini-Mental State Examination (MMSE) scale, and the durability of response to pimavanserin through twelve weeks of therapy.

“We are delighted to pursue this clinical study in collaboration with Professor Ballard and King’s College London,” said Roger G. Mills, M.D., ACADIA’s Executive Vice President of Development and Chief Medical Officer. “We believe that their unique clinical research infrastructure and expertise will provide access to a pool of well-characterized ADP patients and enable the use of a small and geographically-focused group of highly trained raters, which we expect to enhance study precision.”

According to the Alzheimer’s Association, 5.4 million people in the United States are living with Alzheimer’s disease. While the criteria for diagnosing Alzheimer’s disease are mostly focused on cognitive deficits, it is often the psychiatric and related behavioral symptoms that are most troublesome for caregivers and lead to poor quality of life for patients. An estimated 25 to 50 percent of Alzheimer’s patients may develop Alzheimer’s disease psychosis (ADP), which is commonly characterized by disturbing visual hallucinations and delusions. The diagnosis of ADP is associated with more rapid cognitive and functional decline and institutionalization. There currently is no therapy approved for the treatment of ADP in the United States.

Pimavanserin is ACADIA’s proprietary small molecule that acts selectively as an antagonist/inverse agonist on serotonin 5-HT2A receptors. ACADIA has successfully completed a pivotal Phase III trial with pimavanserin, which demonstrated robust efficacy, tolerability and safety in patients with Parkinson’s disease psychosis (PDP), potentially positioning it to be the first drug approved in the United States for the treatment of this disorder. Pimavanserin is also in Phase II development for Alzheimer’s disease psychosis (ADP) and has completed a Phase II trial as a co-therapy in schizophrenia. Pimavanserin is formulated as a tablet and is administered orally once-a-day. ACADIA discovered pimavanserin and holds worldwide rights to this new chemical entity.

ACADIA is a biopharmaceutical company focused on innovative treatments that address unmet medical needs in neurological and related central nervous system disorders. ACADIA has a pipeline of product candidates led by pimavanserin, which is in Phase III development as a potential first-in-class treatment for Parkinson’s disease psychosis. ACADIA also has clinical-stage programs for chronic pain and glaucoma in collaboration with Allergan, Inc. and two advanced preclinical programs directed at Parkinson’s disease and other neurological disorders. All product candidates are small molecules that emanate from discoveries made at ACADIA.

The National Institute for Health Research (NIHR) Mental Health Biomedical Research Centre and Dementia Unit (BRC/U) at South London and Maudsley NHS Foundation Trust and Institute of Psychiatry, King’s College London aim to turn the latest scientific knowledge in mental health into improved medical treatments for the benefit of all patients and carers. We are the only BRC/U specialising in mental health research.

ACADIA maintains a website at www.acadia-pharm.com to which ACADIA regularly posts copies of its press releases as well as additional information and through which interested parties can subscribe to receive e-mail alerts.

At what age are you testing? Is this another pill for over 52? What about us that have been diagnosed with early onset Alzheimer's?

Would very much like to know of its potential safety for those with Lewy Body Dementia. Typical drugs for hallucinations and psychosis can be fatal to someone with LBD.

Cathy, the trial is open to patients 50 years and older who have Alzheimer's and developed visual and/or auditory hallucinations, and/or delusions, after the AD diagnosis was established. It appears that studies will be done only in London.

Kayla, as you may know, Parkinson's and Lewy body dementia belong to the same family of disorders.

Earlier studies on treating psychoses in Parkinson's patients evaluated efficacy and the increased risk or exacerbation of extrapyramidal symptoms, but failed to consider the possibility of severe neuroleptic sensitivity. More recent studies, such as Aarsland et al (2005) concluded that patients with ANY synucleinopathy, including Parkinson’s disease and Parkinson’s disease dementia, carry a high risk for severe neuroleptic sensitivity reactions. These reactions are characterized by a sudden onset of sedation, increased confusion, rigidity, and immobility, often leading to a fatal outcome within a few days or weeks. Severe sensitivity was seen at low doses and/or with atypical, as well as typical, antipsychotics.
http://www.ncbi.nlm.nih.gov/pubmed/15889951

Pimavanserin has been found to be safe as well as effective in Parkinson's patients — so much so that a year ago, the FDA indicated that, given the strength of the Acadia's Phase 3 trial results on all primary and secondary endpoints, it would accept just one trial for regulatory filing. However, a few "loose ends" needed to be tied up before the NDA can be submitted, including a study of drug-drug interactions and CMC development, such as stability testing of registration batches. As of last report (May 2014), Acadia says they remain on track for a planned NDA submission near the end of 2014. This would put a PDUFA in late 2015.

While there is always a possibility that LBD patients will differ from Parkinson's patients, there are high hopes that Pimavanserin will be equally safe and effective for both disorders. And if the drug is approved for treating Parkinson's psychoses, it could be used off-label for LBD psychoses.

However … you've got a long time to wait until the drug will be commercially available, even if nothing goes awry. The first line of defense for treating hallucinations in LBD are the cholinesterase inhibitors — Aricept, Razadyne, and Exelon. They are also just as beneficial for cognitive function in LBD as they are in Alzheimer's patients. Have you tried any of these on your loved one?