How Do You Know If Someone Has Alzheimer’s? 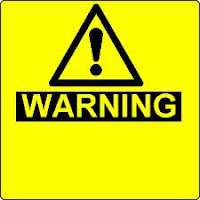 Watch Dr. Peter Rabins, author of the #1 dementia bestseller, “The 36 Hour Day“, discuss the symptoms and warning signs of Alzheimer’s. See why he advocates getting an early diagnosis.

PrevPreviousAlzheimer’s Research in the USA
NextHow Close are we to an Alzheimer’s Cure?Next
Subscribe
Login
3 Comments
Inline Feedbacks
View all comments

His book was my "bible" as I cared for my mother who lived with Alzheimer's for more than 15 yrs. Thank you Dr.!

my dad has this and my ex- father-in-law and so I know the symptoms to look for. not a good diagnosis to have but the family should know so they know how to better deal with the person.

"I might be a little concerned about my spouse or friend but they are only in their 50s or 40s so there's NO WAY they could have Alzheimer's. I know that, as the Alzheimer's Association says: "Alzheimer's is not normal ageing" but don't you have to be relatively old? Certainly in your 80s or even in your 70s maybe in your late 60s but 40s or 50s is definitely TOO YOUNG!!! I know that's true because if it were possible to have Alzheimer's that early, it would be in the news, wouldn't it??"

Unfortunately, you CAN be in your 40s or 50s and have Alzheimer's. Why doesn't the Alzheimer's Association stress this? Why is it such a secret? Why isn't it included in their ads (which seem to show only the stereotypical lady in her 70s or 80s)? You'll have to ask them. The fact is that over 200,000 Americans under the age of 65 have Alzheimer's, a disease that is ALWAYS fatal and for which there currently is NO treatment and no way of prevention. There are NO "Survivors Walks" for Alzheimer's like there for other diseases which receive anywhere from 6 to 10 times the research funds.

It's time to take this disease seriously. It's time to find a cure ASAP. Write your members of Congress, inform your friends and relatives and tell them to write too! This is a horrible disease that's been called the most costly. I know. My wife was diagnosed when she was 54.