Alzheimer’s Dementia: Who Wants to Know? 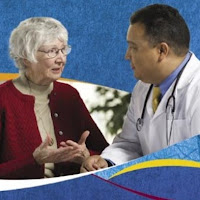 Learn how most Americans want a clear diagnosis of illnesses like dementia. A survey found this true even for incurable dementias, such as Alzheimer’s. Find out the reasons they want to know exactly where their health stands.

Amidst ongoing national debate about healthcare costs, new research unveiled by Siemens Healthcare shows that the vast majority of Americans (92 percent) agree that “the value of knowing exactly what is wrong with their health is as important as having access to a doctor in the first place” and nearly four in five Americans (78 percent) would want to have a test done to diagnose a disease, even if there is no treatment or cure available. This survey was conducted online within the United States by Harris Interactive on behalf of Siemens Healthcare among 2,222 U.S. adults ages 18 and older.

Dr. Gregory Sorensen, CEO of Siemens Healthcare and a board certified neuroradiologist, said,

“There is simply a rational, financial and emotional value to knowing if you are sick. The survey findings show clearly that Americans want to know exactly where they stand when it comes to their health.”

The most common reasons for getting an early diagnosis of a dementia such as Alzheimer’s are:

Medical testing and imaging such as MRI and CT scans, as well as clinical diagnostic tools to help diagnose Alzheimer’s disease, various types of dementia, cancer, coronary disease and other serious illnesses, have come under increased scrutiny as the nation examines healthcare expenditures. However, the survey results show that – despite the belt tightening times for many American families – the majority of U.S. adults see real value in such tests:

“As a physician, I know first-hand there is great value in excluding a diagnosis. This is a critical step to ensure that patients avoid unnecessary, expensive medical interventions. Medical imaging and diagnostic technologies were not developed to drive up costs. They were developed to improve health,” added Dr. Sorensen.

Other key findings of the ‘Value of Knowing’ survey include:

“Overall, we found these survey findings to be quite eye-opening,” said Dr. Sorensen. “The results show that Americans, on the whole, are much more concerned about paying for medical care (72%) than about access to medical care (28%). At the same time, Americans have great faith in the benefits of medical testing and imaging as a means to a correct diagnosis. As a physician and as an executive responsible for the health insurance of thousands of our employees, I know that effectively used diagnostic tests can help more efficiently manage healthcare expenditures while providing patients with knowledge and peace of mind.”

All sample surveys and polls, whether or not they use probability sampling, are subject to multiple sources of error which are most often not possible to quantify or estimate, including sampling error, coverage error, error associated with nonresponse, error associated with question wording and response options, and post-survey weighting and adjustments. Therefore, Harris Interactive avoids the words “margin of error” as they are misleading. All that can be calculated are different possible sampling errors with different probabilities for pure, unweighted, random samples with 100% response rates. These are only theoretical because no published polls come close to this ideal.

Respondents for this survey were selected from among those who have agreed to participate in Harris Interactive surveys. The data have been weighted to reflect the composition of the adult population. Because the sample is based on those who agreed to participate in the Harris Interactive panel, no estimates of theoretical sampling error can be calculated.

Harris Interactive is one of the world’s leading market research firms, leveraging research, technology, and business acumen to transform relevant insight into actionable foresight. Known widely for the Harris Poll® and for pioneering innovative research methodologies, Harris offers proprietary solutions in the areas of market and customer insight, corporate brand and reputation strategy, and marketing, advertising, public relations and communications research. Harris possesses expertise in a wide range of industries including health care, technology, public affairs, energy, telecommunications, financial services, insurance, media, retail, restaurant, and consumer package goods. Additionally, Harris has a portfolio of multi-client offerings that complement our custom solutions while maximizing our client’s research investment. Serving clients in more than 196 countries and territories through our North American and European offices, Harris specializes in delivering research solutions that help us – and our clients – stay ahead of what’s next. For more information, please visit www.harrisinteractive.com.

The Siemens Healthcare Sector is one of the world’s largest suppliers to the healthcare industry and a trendsetter in medical imaging, laboratory diagnostics, medical information technology and hearing aids. Siemens offers its customers products and solutions for the entire range of patient care from a single source – from prevention and early detection to diagnosis, and on to treatment and aftercare. By optimizing clinical workflows for the most common diseases, Siemens also makes healthcare faster, better and more cost-effective. Siemens Healthcare employs some 51,000 employees worldwide and operates around the world. For further information please visit: www.siemens.com/healthcare

This brings up an even bigger issue of doctors who lie to their patients or leave out pertinent information. This is so common that patients don't have the faith and trust in the doctors like they used to. And as for Alzheimer's, my first-hand experience, has shown me that if that initial conversation doesn't take place, informing the patient of their diagnosis and what that means for their life and their care (which should be done by the doctor who makes the diagnosis) it causes much, much more confusion for the dementia/Alzheimer's patient and is totally unfair to the patient and to the family.