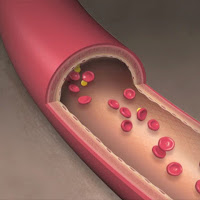 Early signs of vascular disease, such as atherosclerotic plaques and narrowing of the arteries, lead to vascular dementia. These indicators of risk can be easily detected using ultrasound. A new study shows that if we made more effort to do so, disease rates would drop in half. Learn how.

New data highlights the benefit of ultrasound screening in detecting early signs of vascular disease in otherwise’ low’ to ‘moderate’ risk asymptomatic individuals – with the potential to half the incidence of stroke and heart attacks1.

The data waspresented at the 26th World Congress of the International Union of Angiology (IUA), Sydney, Australia.

Early signs of vascular disease such as atherosclerotic plaques and narrowing of the arteries are indicators of risk and can be easily detected using ultrasound. Research and analysis presented at the IUA by several leading cardiovascular specialists, shows identifying asymptomatic individuals at risk as early as possible, and targeting them for aggressive risk factor modification, can dramatically reduce morbidity and mortality from myocardial infarction and stroke by 50%1.

New research also shows that a significant proportion of the population may have early signs of vascular disease. Data presented from a screening study in Australia showed the general prevalence of significant carotid vessel disease was 1.7%, and the prevalence of AAA (where the dilatation of artery is > 3cm) was 2% with some having a large (>5 cm) life-threatening aneurysm that carries more than 20% risk of rupture in the next 12 months.

The prevalence of 2% exceeds the 1% threshold typically used as a guideline to provide cost-effective screening in the general population, and supports unrestricted use of ultrasound screening to detect AAA and other cardiovascular diseases.

Data was also presented from an epidemiological study carried out by Imperial College London and Life Line Screening, looking at demographics and risk factors in 2419 patients with AAA detected by ultrasound screening. Carotid artery disease, history of MI, diabetes, hyperlipidaemia, smoking and family history were shown to be independent risk factors for AAA in men.

A significant percentage of AAAs were found among males younger than 65. This suggests limitations in the current screening recommendations where males in the UK over the age of 65 are invited for screening by the NHS. Using the 1% threshold or greater to provide cost-effective screening, all women aged over 80 and women aged 70-79 who have two or more risk factors would benefit from being invited for screening (prevalence 0.98-1.25%).

"Atherosclerotic arterial disease which is responsible for heart attacks and strokes, develops slowly and silently for many years before it becomes manifest as disease," said Professor Andrew Nicolaides, Emeritus Professor of Vascular Surgery at Imperial College London.

"Its detection and silent progression can be recorded accurately with ultrasound scans. The presence of such deposits places an individual at high risk yet intervention with modern medical therapy can reduce the risk of heart attacks and strokes by 50%."

This new research and interpretation of existing data and current approaches to prevention and treatment of vascular disease was presented at a special session of the IUA by members of the Scientific Advisory Network on behalf of Life Line Screening.

"New data highlights the benefit of ultrasound screening in detecting early signs of vascular disease in otherwise' low' to 'moderate' risk asymptomatic individuals – with the potential to half the incidence of stroke and heart attacks1."

The video doesn't mention dementia, either.

Vascular dementia often results from years of eating junk and not exercising, which leads to vascular disease and eventually vascular dementia. Notwithstanding the arguably imperfect jump, connecting vascular dementia to the more familiar "vascular disease" wherever reasonably possible, helps legitimately motivate people to live healthier lives. It's about offering support and insight, as per the slogan at the top of the page. That's a good thing.

It appears you are confusing "risk factors" with "causes." Like Alzheimer's, some risk factors for vascular dementia have been identified — including hypertension, cardiac disease, diabetes, smoking, alcoholism, hyperlipidemia, demographic factors such as male gender and African American ethnicity, and age — but the causes for both dementias are still unknown (aside from the very rare familial forms of AD).

Recent studies have been producing evidence that the presence of conventional risk factors for cardiovascular disease does not accurately predict which patients will have heart attacks or strokes. Attention is therefore being turned to tests that can detect signs that cardiovascular disease is actually developing in given individuals, so that they can be targeted for aggressive treatment in order to reduce morbidity and mortality. As indicated in the article, it is the improved testing, leading to improved management of cardiovascular disease, that is thought to have the potential to make such drastic cuts in heart attack and stroke.

The term vascular dementia is usually reserved for a subtly progressive worsening of cognitive functions, thought to be due to chronic hypoxia in the brain, that eventually results in dementia.

I'm all for trying to motivate people to live healthier lives … but not by making totally unfounded promises.

Based on your helpful comments, the following edits were made:

The phrase in the opening paragraph was changed from "lead to" and replaced with "increases risk of". "Would" was changed to "could".

Thanks for the feedback.