What to Expect When Going for a Diagnosis 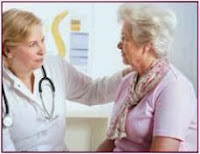 Worried about memory loss or poor cognition? Is it dementia or just a condition that is easy to cure? Getting an early diagnosis helps in planning and getting better treatment. Here is what you should ask for and expect when going for a diagnosis.

Early diagnosis is important, as some causes for symptoms can be treated. In many cases, the specific type of dementia that a person has may not be confirmed until after the person has died and the brain is examined.

The following procedures also may be used when diagnosing dementia: