To raise dementia awareness, The Bupa Healthcare Group has launched "The Memory Game" and conducted a survey of adult memory issues. 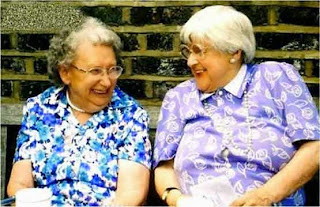 Mildred, my memory’s so lousy, I changed all my passwords to “Incorrect”. Now, every time I log in with the wrong password, the computer reminds me, “Your Password is Incorrect.”

"The Memory Game" is an online experience that engages players in a one-minute-long memory game. It is based on the old children’s game requiring players to find the matching card for each picture in the deck. The twist is that it tries to simulate the frustrating effects of dementia on the memories we juggle while doing everyday tasks. Cards get moved around, and as the clock ticks down, images grow old and fade.

Those moments, when you  forget a friend or colleague’s name or even why you stepped into a room, are happening to over a quarter (27%) of us at least once a day, and to 96% of people at least once a week. Half (50%) of people surveyed admit they find these forgetful flashes frustrating, while nearly a third (30%) said they were annoying.

The top ten most common ‘memory blots’ experienced by UK adults are:

Professor Graham Stokes, Director of Dementia Care at Bupa explains that these moments are not usually cause for concern:

“Regardless of your age, from time to time we all forget where we put our keys or what we went upstairs for. While occasional memory blots should not to be mistaken with the onset of dementia, these forgetful moments do give a sense of what living with dementia can feel like, and the emotions someone living with the disease can experience.”

“Imagine forgetting the simplest, and sometimes the biggest things, every single day and the confusion and frustration this can give you. We’ve created "The Memory Game" to give people a small glimpse of what living with dementia can be like.”

The research was conducted as part of the launch of ‘The Memory Game’, produced by Bupa to raise awareness of dementia. The interactive online game simulates confusion, frustration and even poor vision, to help give a sense of the feelings someone living with dementia can experience. The game can be found here: www.thememorychallenge.co.uk

Bupa’s research also highlights society’s lack of awareness and understanding of dementia. Just under half of those surveyed (45%) estimate that the condition affects 1 in 250 people or fewer, when in reality the condition affects 1 in 14 people over the age of 65[1]. There are also more than 40,000 people in the UK under the age of 65 with dementia[2].

“This research shows that there is a huge knowledge gap when it comes to dementia. With the number of people living with dementia set to rise in the UK to over one million by 2025, it is critical that we increase awareness and understanding so we can better support people living with the condition, as well as their close family and friends. This is why Bupa is committed to helping create a more dementia friendly society.”

The research also revealed a lack of awareness about how early dementia can begin to develop. Someone who is diagnosed with the condition at 70is likely to have started developing dementia in their brain in their mid-40s.  Over three quarters of people (77%) don’t think dementia can occur in the brain in the early-40s. More than half of people (57%) believe that someone diagnosed with dementia at 75 wouldn’t start developing the condition until they were 55 or older.

Meanwhile, UK adults admit they only associate memory loss as a symptom of the condition.  95% of adults surveyed weren’t aware that visual misperceptions and problems with recognition can be symptoms of the condition.

We have over 22 million customers in 190 countries. With no shareholders, we invest our profits to provide more and better healthcare and fulfil our purpose.

We employ more than 70,000 people, principally in the UK, Australia, Spain, Poland, New Zealand and Chile, as well as Saudi Arabia, Hong Kong, India, Thailand, and the USA. 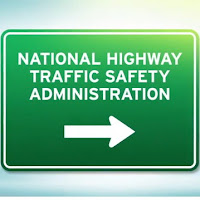