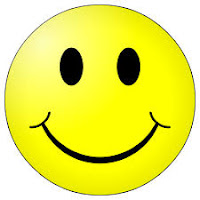 COLUMBUS, Ohio — Older adults can improve their decision making and working memory simply by putting on a happy face, an important study suggests.

Researchers found that easy mood-boosters — like giving people a small bag of candy — helped seniors do significantly better on tests of decision-making and working memory.

This is the first study to show the power of positive moods in helping older people with these brain tasks.

“There has been lots of research showing that younger adults are more creative and cognitively flexible when they are in a good mood. But because of the cognitive declines that come with aging, we weren’t sure that a good mood would be able to help older adults,” said Ellen Peters, co-author of the study and professor of psychology at Ohio State University.

“So these results are good news. There are ways for older adults to overcome some of the cognitive declines that come with aging.”

The study was done with Stephanie Carpenter of the University of Michigan; David Västfjäll of Linköping University in Sweden; and the late Alice Isen, of Cornell University. It appears in the current issue of the journal Cognition and Emotion.

The study involved 46 adults aged 63 to 85. Half of them were put into a good mood by receiving a thank-you card and two small bags of candy, tied with a red ribbon, when they arrived at the lab for the experiment. The other “neutral mood” participants did not receive a card or candy.

The participants completed the study on a computer. Those who were induced into the positive mood had a background screen that was designed to help keep them feeling positive — it featured smiling suns on a sky-blue background. The neutral-mood participants had a similar background, but with neutral round images with no face.

In the decision-making task, the participants were given $3 in quarters and presented with eight virtual decks of cards over the course of experiment. Each of the decks had a different pattern on its back so that participants could identify them. Four of the decks were “gain” decks, meaning that the participants won a quarter 75 percent of the time if they chose a card from that deck, while the other 25 percent they did not win or lose. The other four decks were “loss” decks, meaning they lost a quarter 75 percent of the time that they chose a card from the deck.

Participants could choose to accept or reject the top card of each deck that was offered to them. They were told the goal of the experiment was to win as much money as possible.

The researchers wanted to see how quickly and accurately the participants would learn which decks generally won them money, and which decks lost them money.

The findings were clear: older adults who were put into a good mood chose significantly better than those who were in the neutral mood.

These results are significant because this decision-making task was experiential, meaning that the participants knew nothing about the card values at the beginning of the experiment and had to learn through trial and error.

“For example, you meet a new person and she is like one of these decks of cards. You don’t know anything about her and you have to learn if she is someone you can trust. What this study suggests is that people who are in a good mood are going to learn faster and make better decisions.”

Later in the experiment, the researchers tested working memory — how much information people can hold in their mind at any one time. Researchers read aloud a group of intermixed letters and numbers (such as T9A3) and participants were to repeat the group back in numeric and then alphabetic order (in this case, 39AT). The participants received groups with increasingly more letters and numbers.

Results showed that the older adults who were induced into a good mood scored better on this test of working memory.

“If you’re working your way through different options, how much you can remember of each option — and can therefore compare and contrast in your head — has a big impact on how well you can make a decision.”

A positive mood did not help these older adults on some cognitive measures, such as speed of processing or vocabulary.

Still, Peters said the results provide some good news for a fast-growing population segment in the United States.

“Given the current concern about cognitive declines in the aged, our findings are important for showing how simple methods to improve mood can help improve cognitive functioning and decision performance in older adults, just like they do in younger people.”

The study was supported by a grant from the National Science Foundation to Peters.