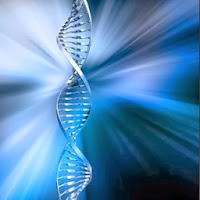 The age and origin of an Alzheimer’s gene mutation has been traced to a single founder dating from the 16th century. E280A is responsible for early-onset Alzheimer’s in a Colombian family with an unusually high incidence of the disease. Find out how researchers solved this puzzle of the past and why it may be useful in the future.

“Some mutations just increase your risk, but this mutation is not a risk,” Kosik said. “This mutation is highly penetrant, which means that if you carry the mutation, you will get early-onset Alzheimer’s disease.”

Kosik’s team sequenced the genomes of more than 100 family members and applied identity-by-descent analysis to identify regions of common ancestry. DNA is inherited from both the parents and recombined in chunks. From these pieces, scientists can identify which parent — and sometimes which grandparent or great-grandparent — is the source of the DNA. As time goes by, sections of DNA recombine into smaller and smaller segments, each representing a history of its ancestry.

Sequencing the genomes came about because the researchers knew that while most family members with the mutation develop early-onset Alzheimer’s at age 45, there were a small number of outliers. “A few people got it a decade later, a few got it a decade earlier and we wondered if there was a gene that was protecting those who got the disease later,” Kosik explained. “That protective gene — even though this mutation exists only in this Colombian family — might be useful for all of us. That research is still ongoing.”

Out of the genome sequencing came the idea of determining where the gene mutation originated. In addition to DNA analysis, the researchers conducted interviews with the older healthy individuals of each affected family and spoke to genealogists and historians in Colombia’s Antioquian region. Kosik’s co-author Francisco Lopera examined local historical and genealogical books, last wills and ecclesiastical records dating as far back as 1540.

When the scientists examined the DNA patterns around the gene mutation site, they found markers from the Iberian peninsula. They estimated the age and geographic origin of E280A to be consistent with a single founder dating from the time of the Spanish Conquistadors who began colonizing Colombia during the early 16th century.

“This doesn’t have big medical implications, but it shows that genetics is a very powerful tool and can be used to reconstruct history,” Kosik said. “What we’ve done here might be called ‘neuroarchaeology.’ ”

so are you suggesting that the Colonization had an effect on the mutation, i.e. a Conquistador impregnating a Colombian native?

My sister is 56 y/o & she was diagnoised when she was 52, now losing her neurological function