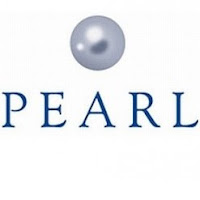 The PEARL Dementia Care Program dramatically cut antipsychotics in care homes an average of 48%, with one home’s reduction exceeding 80%. Learn how the PEARL Program succeeded beyond expectations. Download PEARL’s plain-English report, including the 7 benefits of reducing anti-psychotic medication.

A study of residents in specialised dementia care homes has confirmed a reduction, averaging 48 per cent, in the requirement for antipsychotic medication, together with dramatic reductions in usage of a range of other medications and a corresponding improvement in the wellbeing of participants.

Analysis of data from 16 homes in the PEARL specialised dementia care programme developed by Four Seasons Health Care found that on average across all participants, in addition to the reduction in antipsychotics use:

A corresponding increase in wellbeing was measured among 46 per cent of residents.(*1) While 42 per cent gained weight, against the expectation that people living with dementia would lose weight.

Falls reduced by 25 per cent. Fall reduction may be attributed to increased alertness as a result of reduction of antipsychotics and other medications as well as improved wellbeing.

The only medication consistently to increase in use was for pain relief, which increased 10 per cent on average. As the use of antipsychotic medication has decreased in these homes, the use of analgesics increased (following assessment utilising the Abbey Pain Scale*2). This suggests pain may be under-recognised in dementia care. Typically on nursing units 40% of residents are taking analgesic medication. By contrast on typical dementia units, with a similar population profile, 0-10% of residents are taking analgesics.

The average of 48 per cent reduction in use of antipsychotics included the highest reduction of 84 per cent in one home. This is the second study of the outcomes from Four Seasons’ specialised dementia units and it supports the findings of its initial study at eight other homes in 2010. The average reduction in antipsychotics use is in line with a reduction of 50 per cent recorded in the earlier study. The slight variance may be accounted for by the fact that some of the homes in the second study had started putting the specialised dementia care principles into practice when the study began and so had begun to experience a reduction in the need for antipsychotics.

Caroline Baker, Head of Quality & Dementia Care for Four Seasons Health Care said, “When people with dementia are showing distress reactions this may be due to them experiencing pain or discomfort, yet too often rather than trying to identify and relieve this symptom they are needlessly given antipsychotic drugs to calm them and keep them quiet. Reducing use of these drugs is a national priority. The consistent outcomes of the two studies in our dementia care homes provide confirmation that with better understanding of how to care for people with dementia we can reduce the need for antipsychotics together with a range of other medications and at the same time improve wellbeing.”

Four Seasons Health Care has produced a summary report of its second dementia care study. You can download a copy of the Pearl Dementia Care Report by clicking here.


FOOTNOTES:
*1 Wellbeing can be profiled against a set of measurement criteria including, for example, how the resident interacts; ability to communicate needs and choices; sense of purpose. Ref. Well-being – University of Bradford. The data for wellbeing is based on a smaller sample of 14 homes that measured wellbeing. However the findings are consistent with the earlier study.

MORE INFORMATION:
Read More About What is Happening Around Four Seasons