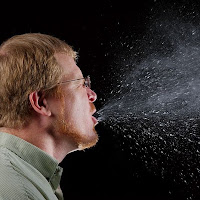 ALZHEIMER’S NOT CONTAGIOUS: While Alzheimer’s abnormal disease proteins do spread from cell-to-cell, they are not “infectious”. Check out the facts.

PHILADELPHIA — Mounting evidence demonstrates that the pathological proteins linked to the onset and progression of neurodegenerative disorders are capable of spreading from cell-to-cell within the brains of affected individuals and thereby “spread” disease from one interconnected brain region to another. A thorough study found no evidence to support concerns that these abnormal disease proteins are “infectious” or transmitted from animals to humans or from one person to another. The study by researchers from the Perelman School of Medicine at the University of Pennsylvania, in conjunction with experts from the U.S. Centers for Disease Control and the Department of Health and Human Services, appears online in JAMA Neurology.

Cell-to-cell transmission is a potentially common pathway for disease spreading and progression in diseases like Alzheimer’s (AD) and Parkinson’s (PD) disease as well as frontotemporal lobar degeneration (FTLD), amyotrophic lateral sclerosis (ALS) and other related disorders. It appears that misfolded proteins spread from one cell to another and that the affected neurons become dysfunctional, while these toxic proteins go on to damage other regions of the brain over time.

“By interrogating an existing database with information on a cohort of well-characterized patients, we were able to determine that there is no evidence suggesting the pathology of Alzheimer’s or Parkinson’s can transmit between humans,”  said senior author John Q. Trojanowski, MD, PhD, professor of Pathology and Laboratory Medicine and co-director of the Penn Center for Neurodegenerative Disease Research. “We can now redouble efforts to find treatments, via immunotherapies or other approaches to stop the spreading of these toxic proteins between cells.”

In order to verify whether such proteins could potentially be carried from person to person, the team of researchers analyzed data from an existing cohort of patients who had received human growth hormone (hGH) from cadaveric pituitary glands via a national program, as a beneficial treatment for stunted growth, before synthetic hGH was available. Nearly 7,700 patients were treated with cadaver-derived hGH (c-hGH) in the US between 1963 and 1985. In the mid-1980s, more than 200 patients worldwide who had received c-hGH inadvertently contaminated with prion proteins from affected donor pituitary tissue went on to develop an acquired form of Creutzfeldt-Jakob disease (CJD), a rare, degenerative, invariably fatal brain disorder caused by pathological prion proteins that also are the cause of Mad Cow disease. Since then, the cohort has been followed to track any additional cases of CJD, with extensive medical histories for patients over the 30+ years since the c-hGH therapy was stopped after the link to CJD was discovered in 1985.

In this current study, researchers looked for signs of an elevated risk of AD, PD, FTLD or ALS among this group and found that none of the c-hGH recipients developed AD, PD or FTLD. The team did identify three ALS cases of unclear significance, given that no traces of ALS disease proteins (TDP-43, FUS and Ubiquilin) were found in human pituitary glands, despite the presence of pathological AD (tau, Aβ) and PD (alpha-synuclein) proteins. This clarified that c-hGH recipients were most likely exposed to these neurodegenerative disease proteins linked to AD, PD and FTLD but this did not result in transmission of disease from person to person.

“This cohort is an invaluable resource and should continue to be followed, especially as we rapidly increase our understanding of disease progression in neurodegenerative conditions,” said David Irwin, MD, lead author, and fellow in the Center for Neurodegenerative Disease Research and the department of Neurology in the Perelman School of Medicine.

The other co-authors of this study are Joseph Y. Abrams,
Lawrence B. Schonberger, Ellen W. Leschek, James L. Mills, and
Virginia M.-Y. Lee. This research was supported by grants from the
National Institute on Aging (P30 AG010124, Alzheimer’s Core Center
grant, T32-AG000255), Intramural Research Program and National
Institute of Child Health and Development at the National Institutes
of Health.

Penn Medicine is one of the world’s leading academic medical centers, dedicated to the related missions of medical education, biomedical research, and excellence in patient care. Penn Medicine consists of the Raymond and Ruth Perelman School of Medicine at the University of Pennsylvania (founded in 1765 as the nation’s first medical school) and the University of Pennsylvania Health System, which together form a $4.3 billion enterprise.


The Perelman School of Medicine is currently ranked #2 in U.S. News & World Report’s survey of research-oriented medical schools. The School is consistently among the nation’s top recipients of funding from the National Institutes of Health, with $479.3 million awarded in the 2011 fiscal year.


The University of Pennsylvania Health System’s patient care facilities include: The Hospital of the University of Pennsylvania — recognized as one of the nation’s top “Honor Roll” hospitals by U.S. News & World Report; Penn Presbyterian Medical Center; and Pennsylvania Hospital — the nation’s first hospital, founded in 1751. Penn Medicine also includes additional patient care facilities and services throughout the Philadelphia region.


Penn Medicine is committed to improving lives and health through a variety of community-based programs and activities. In fiscal year 2011, Penn Medicine provided $854 million to benefit our community.