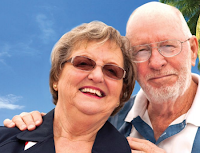 TORONTO–To show support for caregivers and their families from coast to coast, Canada Cares has endorsed Dementia Friends Canada, an Alzheimer Society and Government of Canada friend-raising initiative.

Modeled on successful programs in the UK and Japan, Dementia Friends Canada is anationwide campaign designed to build awareness and create positive change for those living with dementia and their loved ones.

We recognize that “3 out of 4 Canadians know someone with dementia,” says Caroline Tapp-McDougall, founder of Canada Cares. “By throwing our support behind the campaign we are recognizing that a substantial portion of the 444 million unpaid hours of care provided by family caregivers each year is for those living with dementia. It’s a huge concern and we need all the Friends we can get.”

Dementia Friends has an ambitious target of 1,000,000 Friends. We are asking workplaces and retailers to sign up to become Dementia Friends to show that they are caring employers and their customer service programs are inclusive.

Watch the short video, which explains what to look for and gives tips on how to support someone living with dementia in your community. It’s simple and easy to show your support and add your name to the movement.

We want everyone to participate and get involved! We are hoping that the media, workplaces and individuals will post our messages on their networks to get the message across.

How do we get something authorized and started in USA? Much needed program indeed.