9,000 Alzheimer’s patients treat their Alzheimer’s with galanthamine made of daffodils from Kevin’s farm. See why.

Farming has been the economic backbone of rural Wales for hundreds of years, with sheep farming accounting for the overwhelming majority of Welsh agriculture. 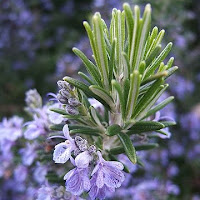 But the industry is now in crisis due to falling prices, high costs and changing weather conditions.

The Stephens family have been farming in Powys for 5 generations.

“I was born into it, it’s my life, it’s what I’ve done all my life and it’s what my parents did. I just continued afterwards. Farming isn’t so much a business. If it was a business, you wouldn’t do it.

It’s not even so much a way of life it’s just who you are.

The cost of everything is going up; fertiliser, straw, feed, all going up, and the prices we’re getting paid are going down”.

When 24 year old Mark decided he wanted to take on the family farm, Kevin realised that they would have to diversify from traditional methods to survive. I was casting around trying to find a way for him to make a living, raise a family on a hill farm in Mid Wales.

In 2007, Kevin read an article about Professor Trevor Walker, who was looking at ways to treat the symptoms of Alzheimer’s after his friend’s wife had been diagnosed.

The professor discovered that daffodils grown under special conditions above 1,000 ft in the Welsh mountains produce a lot more of this alkaloid called galanthamine, which is an approved Alzheimer’s drug, than daffodils grown anywhere else.

Kevin saw an opportunity to help his son. He contacted the professor and they teamed up to develop a unique way of harvesting daffodils on the hill farm, without disrupting their livestock.

“When we started down this route, most people thought we were completely nuts.

As we’ve got further through the process and proven what we’re saying, it’s starting to get some credibility and people are taking us seriously now.

The way this project is shaping up we will be able to produce galathamine on hill farms across Wales and beyond which will have a significant positive impact on farm incomes as well as producing galanthamine for an Alzheimer’s population that is desperately in need of it, and generating jobs for the people involved in the process and in production of galanthamine.

We have a patient in our facility who's son has made an album with a fabulous song about his mother and her Lewy Body. He will sing at our Alzheimers walk. He has been contacted to allow his song to be the basis of a documentary on how music helps alzheimers/dementia patients. How do I get this song to you. He has given me permission but I need to send it email with his link. please advise asap. 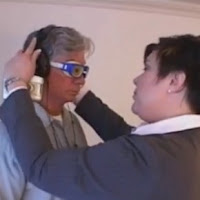