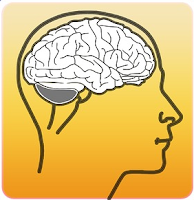 Amyloid is one of the leading culprits behind Alzheimer’s. Scientists know it damages memory by killing brain cells. Now research reveals how amyloid triggers memory loss in perfectly healthy brain cells as well. Learn more about how Alzheimer’s develops.

The brain protein believed to be a key component in the progress of dementia causes memory loss in healthy brains even before physical signs of degeneration appear, according to researchers at the University of Sussex.

Alzheimer’s disease is characterized by the formation of amyloid plaques in the brain tissue. These amyloid plaques are made up of an insoluble protein, “Amyloid-beta” (Abeta, for short), which forms small structures called “oligomers” that are important in the disease progression.

Although these proteins are known to be involved in Alzheimer’s, little is understood about how they lead to the memory loss.

The results showed that snails treated with Abeta had significantly impaired memories 24 hours later when tested with the food task, even though their brain tissue showed no sign of damage.

Lead author on the study Lenzie Ford said this demonstrated that Abeta alone is enough to lead to the symptoms of memory loss that are well known in Alzheimer’s disease.

She said: “What we observed was that snail brains remained apparently healthy even after the application of the protein. There was no loss of brain tissue, no signs of cell death, no changes in the normal behaviour of the animals, and yet memory was lost.

“This shows that Alzheimer’s amyloid proteins don’t just affect memory by killing neurons of the brain, they seem to be targeting specific molecular pathways necessary for memories to be preserved.”

Professor George Kemenes, a Sussex neuroscientist who pioneered a thorough understanding of the molecular mechanisms of learning and memory in the pond snail’s nervous system, said: “Because we understand the memory pathways so well, the simple snail brain has provided the ideal model system to enable us to link the loss of established memory to pure Abeta.”

The work will provide a platform for a more thorough investigation of the mechanisms and effects on memory pathways that lead to this memory loss.

Professor Serpell, a senior author on the study and co-director of the University of Sussex’s Dementia Research Group, said: “It is absolutely essential that we understand how Alzheimer’s disease develops in order to find specific targets for therapeutics to combat this disease.”

Continuing :
In summary, as is well known and proved by scientific update research , betamyloid is Not the cause of AD, and it is most the times related to Normal Brain Aging.But only , sometimes betamyloid in the Lasts Steps of AD , can works as a "toxic witness".
It is well known and proved by scientfic research too ,, that treating "upstreams' the brain will clean by it self the betamyloid accumulation "downstreams".