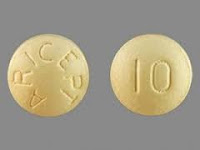 MEDICATION: THE WORLD’S MOST POPULAR DEMENTIA-DRUG IS DONEPEZIL.

Donepezil (Brand-name: Aricept®) boosts memory & thinking in Alzheimer’s. More donepezil means more boost – along with intensified side-effects. Learn how it can be safely boosted when combined with solifenacin.

IRVINE, California — Donepezil helps Alzheimer’s and other types of dementia. Doctors often minimize its use because it can have a variety of side-effects. Progressive research shows that by adding solifenacin to each pill of donepezil, a patient could potentially boost the dosage by as much as 400% without added side-effects.

Here’s a simplified explanation of how it works.

For now, researchers call this combination of donepezil-plus-solifenacin by the name CPC-201. The new combination will mean that the brain can get the benefits of a lot more donepezil with fewer side-effects.

Chase Pharmaceuticals Corporation (Chase) announced its results from a Phase 2 study of CPC-201.

What Do Aricept, Exelon & Razadyne Do?

Teepa Snow
MEDICATION VIDEO
See Teepa Snow talk about the top medications for Alzheimer’s & dementia. In plain English, she explores what they do and how they work. Get clarity on Aricept, Exelon and Razadyne (generic donepezil, rivastigmine and galantamine). 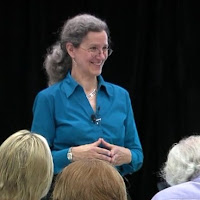 The CPC-201 Phase 2 results, presented by Thomas Chase, MD, chief scientific officer and co-founder of Chase, and the former Scientific Director and head of the Experimental Therapeutics Branch for the National Institute of Neurological Disorders and Stroke, confirmed that solifenacin attenuated donepezil adverse events, enabling the tolerable administration of doses of donepezil to as much as 400 percent of the current standard treatment of donepezil. Secondary endpoints provided signals of enhanced efficacy, as would be predicted from increased tolerable dosing of donepezil. The data were presented during an oral session at the 2016 Alzheimer’s Association Conference (AAIC) in Toronto, Canada (Abstract a12446).

The primary endpoint of this Phase 2 single-blind, crossover trial was to safely increase the tolerated dose of donepezil from 10 mg/day up to as much as 40 mg/day. This trial consisted of 41 moderate (MMSE 10-20) Alzheimer’s type subjects who were being successfully treated with 10 mg/day of donepezil. The anticholinergic solifenacin was first titrated to 15 mg/day and then donepezil escalated to each subject’s maximum tolerated dose or to the protocol limit of 40 mg/day. Subjects then continued for a three-month maintenance period. All subjects were able to tolerably maintain above the currently approved doses of donepezil and 85 percent of subjects reached and tolerated the maximum allowable donepezil dose of 40 mg/day. Moreover, in the maintenance phase of the trial, subjects experienced significantly less dose-limiting side effects than those that would be predicted for 10 mg/day of donepezil.

Although this Phase 2 study was not designed nor powered to provide meaningful estimates of anti-dementia efficacy, both the ADAS-Cog and the CGI-I scales in the study yielded positive signals of enhanced efficacy.

During the dose maintenance phase, at a median donepezil dose of 40 mg/day, total gastrointestinal adverse events were greatly attenuated and about 80 percent below those predicted from trials of previously approved doses of 10 mg/day of donepezil. As would be expected with a cholinergic blocker that does not cross the blood-brain barrier, solifenacin had no effect on cognitive function and there were no drug-related serious adverse events (SAE) or clinically significant cardiovascular or laboratory abnormalities. There were no drug related drop­outs and no new AEs or evidence of solifenacin toxicity.

“Pre-clinical studies have repeatedly shown that there is a strong dose/efficacy relationship associated with AChEIs. Further, PET scan studies in humans show that at the typical dose of 10 mg/day of donepezil, the central enzymatic inhibition is no greater than about 30 percent, substantially lower than that which would be expected from optimal dosing. Yet, historically, it has not been possible to tolerably increase the dose of donepezil to meaningfully higher levels,” said Douglas Ingram, chief executive officer of Chase. “We believe we have the means to finally unlock the true potential of optimally dosed AChEIs. Moreover, we are employing an efficient development and regulatory pathway and plan to commence a superiority trial versus the current gold-standard treatment for Alzheimer’s, 10 mg/day of donepezil. If successful in Phase 3, CPC-201 could be the new standard for the symptomatic treatment of Alzheimer’s disease and benefit millions of suffering patients.”

“We believe that adverse events have long limited AChEI dosing to suboptimal levels, in turn limiting the efficacy of donepezil and other AChEIs,” said Thomas Chase, M.D. “Our Phase 2 findings, together with those from our earlier Phase 1 studies, robustly support our hypothesis that the co-formulation of a peripheral anticholinergic with donepezil enables the safe and tolerable administration of multiples of the current standard of care doses of AChEI such as donepezil.”

The mean change in ADAS-Cog over the course of the study showed improvement versus subject baseline and, adjusted for underlying disease progression using a multi-study meta-analysis, subjects showed a mean (± SEM) benefit of 2.45 points over 10 mg/day donepezil or 5.4 ± .84 points compared to predicted untreated disease progression. Combined Clinical Global Impression (CGI-I) scores from investigators and caregivers at 26 weeks averaged 3.1 ± .20 points, thus improving by .94 ± .20 points (p < .001; n = 16). The responder rate (as measured by those who either did not worsen or improved over the course of the study) was over 90 percent.

Chase’s lead candidate, CPC-201, is a patent-protected combination of donepezil (an AChEI), one of the few pharmaceuticals proven to improve cognition in Alzheimer’s patients, and solifenacin, a peripherally acting cholinergic blocker.

About Chase
Chase Pharmaceuticals Corporation is a clinical-stage biopharmaceutical company focused on the development and commercialization of improved treatments for neurodegenerative disorders. Chase’s development program, if successful, will profoundly improve the symptomatic treatment of Alzheimer’s disease. The company was co-founded by Thomas Chase, MD, the former Scientific Director and head of the Experimental Therapeutics Branch for the National Institute of Neurological Disorders and Stroke and Kathleen Clarence-Smith, MD, PhD, the former head of CNS development at each of Sanofi, Hoffmann-La Roche and Otsuka. Chase is led by its chief executive officer and president, Douglas Ingram, formerly the president of Allergan, Inc.

Chase has closed over $24 million in funding to date, with approximately $22 million through a Series B financing led by New Rhein Healthcare Investors, LLC and including, among others, Edmond de Rothschild Investment Partners, Cipla Ventures and Brain Trust Accelerator Fund.

I find it interesting they would add this to Donepezil. Solifenacin is an anticholinergic class drug. The drug has been used to treat urinary urgency for many years under the brand name of Vesicare.

First, anticholinergic medications can be problematic in dementia. Read this from Medscape article: http://www.webmd.com/allergies/news/20160509/anticholinergic-drugs-dementia-link.

Every person is different whether they have dementia or not. Enzymes in the body help determine how we will process the drug and react to a it. Benadryl is in the same class of drug as this drug. Someone recently ask me about their loved-one and the cognitive decline taking place. I reviewed their medications. The spouse had recently started the person Benadryl to help with sleep. I suggested stopping it. The person's cognition returned to the state it was prior to taking the Benadryl.

Being a retired pharmacist and living with LBD, I would not want to take this medication.

This article is focused on a 2016 trial. Somewhat ancient history. In the time since the supposed success of the trial, the compound was sold with no further work done. No phase 3. So much for false hope and the credibility of this newsletter. Bottom line, old news is not helpful!