Very obese people (BMI greater than 40 kg/m2) are 29% less likely to get dementia than people in the normal weight range. The unexpected results are according to new research published in The Lancet Diabetes & Endocrinology journal. 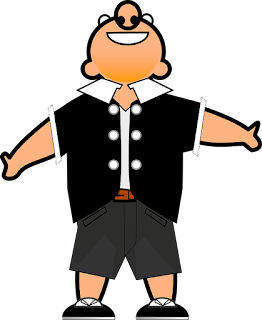 The findings, which come from the largest ever study to examine the statistical association between BMI and dementia risk, also show that middle-aged obese people (BMI greater than 30 kg/m2) are nearly 30% less likely to develop dementia than people of a healthy weight, contradicting findings from some previous research, which suggested that obesity leads to an increased risk of dementia.

Researchers based at the London School of Hygiene & Tropical Medicine, and OXON Epidemiology, both in London, UK, analysed data from the Clinical Practice Research Datalink (CPRD), a large database of patient information recorded during routine general practice over nearly 20 years, representing around 9% of the UK population.

People who were underweight in middle age were a third (34%) more likely to be diagnosed with dementia than those of a healthy weight, and this increased risk of dementia persisted even 15 years after the underweight was recorded.

Increase in BMI -> Decrease in Dementia

As participants’ BMI at middle age increased, the risk of dementia reduced, with very obese people (BMI greater than 40 kg/m2) 29% less likely to get dementia than people in the normal weight range.  An increase in BMI was associated with a substantial steadily decreasing risk of dementia for BMI of up to 25 kg/m² (classed as a healthy weight).  Above a BMI of 25 kg/m² (classed as overweight or obese), dementia risk decreased more gradually, and this trend continued up to a BMI of 35 kg/m² or higher.

The association between BMI and dementia risk wasn’t affected by the decade in which the participants were born, nor by their age at diagnosis. Adjusting for confounding factors known to increase the risk of dementia, such as alcohol use or smoking, made little difference to the results.

According to study author Professor Stuart Pocock from the London School of Hygiene & Tropical Medicine, “Our results suggest that doctors, public health scientists, and policy makers need to re-think how to best identify who is at high risk of dementia.  We also need to pay attention to the causes and public health consequences of the link between underweight and increased dementia risk which our research has established.  However, our results also open up an intriguing new avenue in the search for protective factors for dementia – if we can understand why people with a high BMI have a reduced risk of dementia, it’s possible that further down the line, researchers might be able to use these insights to develop new treatments for dementia.” [2]

“The reasons why a high BMI might be associated with a reduced risk of dementia aren’t clear, and further work is needed to understand why this might be the case,” adds Dr Nawab Qizilbash from OXON Epidemiology in London, UK and Madrid, Spain, the study’s lead author.  “If increased weight in mid-life is protective against dementia, the reasons for this inverse association are unclear at present. Many different issues related to diet, exercise, frailty, genetic factors, and weight change could play a part.” [2]

Writing in a linked Comment, Professor Deborah Gustafson from SUNY Downstate Medical Center in New York, USA, says, “The published literature about BMI and dementia is equivocal. Some studies report a positive association between high mid-life BMI and dementia, whereas others do not… Many considerations are needed in the assessment of the epidemiology of the association between BMI and late-onset dementia, as is the case for many recorded associations involving late-life disorders. To understand the association between BMI and late-onset dementia should sober us as to the complexity of identifying risk and protective factors for dementia. The report by Qizilbash and colleagues is not the final word on this controversial topic.”

Many thanks, as always, for another informative post. Just wanted to remind you that people from Britain are 'Britons'.

Thanks for that feedback. The correction was made. Appreciate the help in keeping up the quality.

This is important research. Also, thank you for using "fat" in your post's title, in spite of the researchers' use of language that the fat-activist community rejects as harmful and pathologizing.

A correction, though — this post contains the phrase "a healthy weight" used to describe thinner (average) bodies. There is no such thing as "a healthy weight," and it was especially ironic to see this phrase in this post, which is discussing the fact that average-weight people have higher rates of this devastating disease.