Is Sugar Really to Blame for Alzheimer’s? 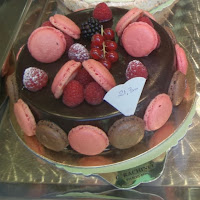 DIET STUDY: Sugar, the brain, and Alzheimer’s – just how tight is their connection? Check out these videos & articles, along with an update from Tulane University’s targeted study.

High blood-sugar levels, such as those linked with Type 2 diabetes, make beta amyloid protein associated with Alzheimer’s disease dramatically more toxic to cells lining blood vessels in the brain, according to a key Tulane University study published in the Journal of Alzheimer’s Disease.

The study supports growing evidence pointing to glucose levels and vascular damage as contributors to dementia.

“Previously, it was believed that Alzheimer’s disease was due to the accumulation of ‘tangles’ in neurons in the brain from overproduction and reduced removal of beta amyloid protein,” said senior investigator Dr. David Busija, regents professor and chair of pharmacology at Tulane University School of Medicine.

“While neuronal involvement is a major factor in Alzheimer’s development, recent evidence indicates damaged cerebral blood vessels compromised by high blood sugar play a role. Even though the links among Type 2 diabetes, brain blood vessels and Alzheimer’s progression are unclear, hyperglycemia appears to play a role.”

Drs. Cristina Carvalho and Paula Moreira from the University of Coimbra in Portugal were co-investigators in the study.

Researchers studied cell cultures taken from the lining of cerebral blood vessels, one from normal rats and another from mice with uncontrolled chronic diabetes. They exposed the cells to beta amyloid and different levels of glucose and later measured their viability.

Cells exposed to high glucose or beta amyloid alone showed no changes in viability. However, when exposed to hyperglycemic conditions and beta amyloid, viability decreased by 40 percent. Researchers suspect the damage is due to oxidative stress from the mitochondria of the cell.

The interesting in the article above is that the sugar called glucose "alone" or the protein called betamyloid alone, did Not caused neurons damage, proving that betamyloid it is Not the cause of AD, but it is more for a " toxic witness".
But when they put together the sugar and the protein (the sugar glucose with the protein betamyloid)they lead to a chemical reaction called Glycation, that is the toxic fusion that leads to the advanced glycation end – products, leading to peroxinitrites productoon, that are toxic to mitochondrias and that, in a vicious circle, leads the mitochondrias to produce more peroxinitrites, etc. But there are nutraceutical supplements as carnosine, Acetyl L Carnitine, resveratrol (in the ideal doses in pure red grape juice), epigallo catechin gallate (EGCG) present in green tea and in pure and concentrated grape juice) that are antiglicating supplements, peroxinitrites scavengers, that can gives some neuroprotection, and can works as biochemical and pharmacological base to develops more effective drugs and supplements to neurodegenerative diseases.

Researching the research, I see that folks with dementia have deficiencies of acetycholine, cholesterol, gluthathione and testosterone in men. Very little being done about this. I think I have found out why more woman than men get Alzheimer's – Zinc. It is stored in testes, prostate and sperm of men, but woman do not have male hormones. I read that zinc is involved in the controlling of insulin levels, so cause and effect. The Fins lead the world in dementia stats after the low cholesterol drive started by a doc in the 70's to lower heart disease stats. Nigerians have the genes, but don't get it due to the fact that their diet is largely plant based fats, not animal. There are a lot of inter related factors that need to be put together. My mom no longer gets sugar craving since being put on the coconut oil. I am now advocating rubbing the coconut oil on backs, arms and legs of LOs twice a day to speed up the absorption through the blood brain barrier as skin is the largest organ. Advise folks to use Red Rice Yeast Extract to lower bad LDL cholesterol instead of Statin drugs. I have genetic high cholesterol, so vested interests. What I want to know is why the health, medical, neuro and research folks ignoring these known nutritional deficits. Even excesses of things like Calcium are concerned, as it is involved with acetycholine mechanism. I am no scientist. Just refuse to believe that there are no answers to be found for my mom and millions like her. Their brain cells die and their brains shrink for a reason. Cause and effect. It is not a puzzle that cannot be solved, so why are they focussing just on drugs and not on nutrition. Makes no sense, unless they are paid to IGNORE this.

Melanie – Have you read Dr. Dale Bredeson's book called "The End of Alzheimer's"? I was a skeptic at first, but he is DOING the work that interests you. So are we at a company called "A Mind For All Seasons". Find us on Facebook and at http://www.amindforallseasons.com

Dear Carlos Oliveira, verry good conclusions. You surely know the topic of Mitochondriopathie. Are you on facebook, I would love to continue the discussions. Thorsten Schlieper

Dear Thorsten Schlieper,thank you very much for your kind words,but I'm not a researcher.But will be a great pleasure to talk about AD and others dementia disorders in the Facebook and/or in Google Plus,once both of my adress are open to the public.