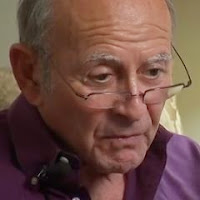 Lewy Body dementia is the 2nd most common form of dementia. See
experts at America’s top medical center, The Mayo Clinic, improving the lives of people who struggle with it.

Thank you for the information

About Dementia with Lewy Bodies(LDB),that looks to be a "mix" of Alzheimer and Parkinson,researchers could deeply study support therapy with the nutraceutical CARNOSINE,that is a heavy metal chelator,a peroxinitrites scavenger and anti-glycating agent,lowers betamyloid and alpha synuclein accumulations,and has synergistic effects with the nutraceutical Acetyl L Carnitine (ALCAR)that is a mitochondrial function improver, peroxinitrites scavenger , increases brain energy,lowers betamyloid and tau accumulation,etc.And CARNOSINE has the potential to lowers betamyloid accumulation in Alzheimer disease(1),lowers alpha-synuclein accumulation in Parkinson disease and in Dementia of Lewy Bodies(2),(3)and lowers the prion-like spreads(4)that happens inside the brain of AD,PD and DLB patients.Based in:1)Anti-aggregating Effect of the Naturally Occurring Dipeptide Carnosine on Betamyloid Fibril Formation 2013 PLoS);2)Antioxidative and Anti-inflammatory Protection From Carnosine in the Striatum of Treated Mice(2010,J Agric Food Chem.);3)Enhanced Oligomerization of the Alpha-Synuclein Mutant by the Copper,Zinc Superoxide Dismutase and Hydrogen Peroxide System"(2003,Molecules and Cells); 4)Zinc,Copper,and Carnosine Attenuate Neurotoxicity of Prion Fragment-Journal Metallomics 2011)(only in small doses under physician prescription).