Alzheimer’s Drugs: What You Need to Know 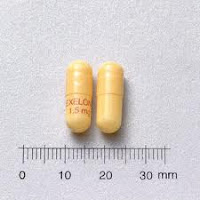 Several Alzheimer’s prescription drugs are currently approved by the U.S. Food and Drug Administration (FDA) to treat people who have been diagnosed. Learn what these medications do and how they are different.

People with Alzheimer’s disease may take medications to treat the disease itself, behavior changes, and other medical conditions. Caregivers need to know about each medicine the person takes. A doctor or pharmacist can answer questions about medicines.

Questions to ask about medicines may include:

Currently, several medicines are approved to treat Alzheimer’s disease: It’s important to understand that none of them can cure or stop the disease. What they can do, for some people, is help them improve for a while from where they started. Most of the time, these medicines work to slow down certain problems, such as memory loss. Slowing down memory loss can allow many people with Alzheimer’s to be more comfortable and independent for a longer time.

The medicines approved to treat Alzheimer’s disease are

If appropriate, the person’s doctor may prescribe a medicine to treat behavior problems such as anxiety, depression, and aggression. Medicines to treat these behavior problems should be used only after other strategies have been tried. Talk with the doctor about which medicines are safest and most effective.

Treating the symptoms of Alzheimer’s can provide patients with comfort, dignity, and independence for a longer period of time and can encourage and assist their caregivers as well.

It is important to understand that none of these medications stops the disease itself.

Medications called cholinesterase inhibitors are prescribed for mild to moderate Alzheimer’s disease. These drugs may help delay or prevent symptoms from becoming worse for a limited time and may help control some behavioral symptoms. The medications include:

Scientists do not yet fully understand how cholinesterase inhibitors work to treat Alzheimer’s disease, but research indicates that they prevent the breakdown of acetylcholine, a brain chemical believed to be important for memory and thinking. As Alzheimer’s progresses, the brain produces less and less acetylcholine; therefore, cholinesterase inhibitors may eventually lose their effect.

No published study directly compares these drugs. Because they work in a similar way, switching from one of these drugs to another probably will not produce significantly different results. However, an Alzheimer’s patient may respond better to one drug than another.

Memantine currently is an active ingredient in two FDA-approved medications:

A medication known as Namenda® (memantine), an N-methyl D-aspartate (NMDA) antagonist, is prescribed to treat moderate to severe Alzheimer’s disease. This drug’s main effect is to delay progression of some of the symptoms of moderate to severe Alzheimer’s. It may allow patients to maintain certain daily functions a little longer than they would without the medication. For example, Namenda® may help a patient in the later stages of the disease maintain his or her ability to use the bathroom independently for several more months, a benefit for both patients and caregivers.

The FDA has also approved Namzaric®, a combination of memantine and donepezil, for the treatment of moderate to severe Alzheimer’s disease.

Namenda® is believed to work by regulating glutamate, an important brain chemical. When produced in excessive amounts, glutamate may lead to brain cell death. Because NMDA antagonists work very differently from cholinesterase inhibitors, the two types of drugs can be prescribed in combination.

Dosage and Side Effects

Doctors usually start patients at low drug doses and gradually increase the dosage based on how well a patient tolerates the drug. There is some evidence that certain patients may benefit from higher doses of the cholinesterase inhibitors. However, the higher the dose, the more likely are side effects. The recommended effective dosages of drugs prescribed to treat the symptoms of Alzheimer’s and the drugs’ possible side effects are summarized in the table below.

Patients should be monitored when a drug is started. Report any unusual symptoms to the prescribing doctor right away. It is important to follow the doctor’s instructions when taking any medication, including vitamins and herbal supplements. Also, let the doctor know before adding or changing any medications.

Clinical trials are the best way to find out if promising new treatments are safe and effective in humans. Volunteers are needed for many Alzheimer’s trials conducted around the United States. To learn more, talk with your doctor or visit the ADEAR Center’s listing of clinical trials. More information is available at Volunteer for Alzheimer’s Research and www.ClinicalTrials.gov.

Note: This brief summary does not include all information important for patient use and should not be used as a substitute for professional medical advice. Consult the prescribing doctor and read the package insert before using these or any other medications or supplements.

*Available as a generic drug.

You can order print copies of these publications from the U.S. government’s NIH by calling 1-800-222-2225 or visiting www.nia.nih.gov/health

How long are these drugs effective? I am hearing some say they are only good for 18months….I have heard others say they were more coherent without the drugs….and I heard others who have been on them for years. Can you give me idea of how long they are effective? I want to do what is best for my husband, but the meds are expensive….

There is a saying that, "When you have seen one person with Alzheimer's, you have seen one person with Alzheimer's." According to Consumer Reports, how well the drugs work and how long they work seems to be more of an art than a science, that although they can work well for many people, they help less than half the people who try it, that the only way to really know is through trial-and-error, and that a decent trial period is six-weeks long. When people say that they help for 18 months, what they probably mean is that when they do help, they can make a big difference that is easy to see for a such a while, then the effect becomes less noticeable, though research has shown that it can make at least a small, measurable difference for years, even in the most advanced stages. There are some side-effects and the pills can be expensive, so your question is an important one… sorry there is no simple answer, hope these insights help.

I'm on Aricept® (donepezil) and it helps alot. My wife can tell when I forgot to take it. I'm 52, early onset.

Also it's covered on my healthcare.

i have mild moder alz– been on the big 4 drugs–currently gallantamine ? and really none seem to work—started a little exercise program and now GET UP WHEN wake up and this seems to make alot of difference— laying in bed really bad news–i have no faith in nuerolgist; seems just want my money for no really help -hell i know i am getting worse and dont need a dr to thell that to me for 200— Day 3 of program

Hi Anonymous, my husband was diagnosed at the end of 2010 and at the beginning of 2014 we got a service dog which required him to walk her – started with +/-4kms once in the morning and once in the afternoon – he is 5yrs into this regime and the benefits have been
1. the walk defines the start and the end of day,
2. from not really exercising he now does & has the benefit of oxygenating his brain thoroughly,
3. we have not had to deal with any wondering off – I think because he has the freedom to be independant and I know Tara (dog) will bring him home!
4. he sleeps really well 11 – 13 hours per night
5. his doctors cannot believe how slowly he has regressed!!
6. everyone knows him + Tara in the village we live in and so he is still socially connected with people.
7. I get +/- 3hours to myself daily while he is out walking.
For all this my best recommendation is to all concerned – as soon as you start suspecting that your loved one has a problem do something about it because you only have a short "window of opportunity" to teach your loved one (and yourself) the skills you need to embed into your daily routine to carry you both through this crazy journey you are about to embark on – it has paid off for us in so many ways and I am so grateful for the people who have come across my path and who have given me such sound advise.
God Bless and all the best for your journey and may it be the best it can be!!