What is Subjective Cognitive Decline? 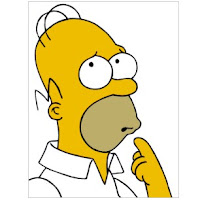 There is increasing evidence that subjective cognitive decline (SCD) — the self-reported perception of memory or cognition problems — is a potentially valid early clinical marker of brain and cognitive changes. It may even indicate Alzheimer’s disease, according to five research studies reported at the Alzheimer’s Association International Conference.

Recent data from several research groups have provided evidence that self-experienced decline in cognitive performance in elderly people, even those with normal performance on cognitive tests, is a risk factor for future dementia and Alzheimer’s disease, and may indicate an increased likelihood for the presence of preclinical Alzheimer’s.

However, research on SCD is limited by lack of a common research framework, which prevents comparability across studies and hinders deeper research into the topic.

In response, Frank Jessen, Ph.D., of the University of Bonn, Germany, led an international group of Alzheimer’s researchers to form the Subjective Cognitive Decline Initiative (SCD-I). The working group includes the primary authors of the recently presented diagnostic criteria as well the lead investigators of prominent biomarker initiatives (ADNI, AIBL, DESCRIPA, Dementia Competence Network) and large population-based cohort studies. The group concluded that, “The currently available data is too limited and too heterogeneous to define SCD… as a clear-cut entity and highlights the need for intensified research on this topic.”

The initial goal of the SCD-I then became to develop and disseminate a research framework for SCD, with a focus on SCD during the preclinical stage of Alzheimer’s.

“This framework provides guidelines on terminology and assessment of SCD in various research settings,” said Jessen. “It also describes key features that increase the likelihood that SCD in an individual is related to preclinical Alzheimer’s.”

Jessen says the new research framework “will greatly support research on the earliest stage of Alzheimer’s.”

The subjective perception of memory impairment in older adults was associated with a subsequent significant decline in episodic memory — recollection of specific events in the past — but not with a decline in working memory or overall cognitive status. The results are reported in a study by Alexander Koppara, Dipl.Psych., of the University of Bonn, and colleagues.

The researchers studied data collected from 2,230 cognitively normal older adults with an average age of 80 who were enrolled in the prospective, longitudinal, German AgeCoDe study and assessed every 18 months for an average of eight years. At the beginning of the study, participants were tested for memory and cognitive abilities and asked, “Do you feel like your memory is becoming worse?”

After eight years, the SMI group showed significant decline in episodic memory compared with the non-SMI group; the SMI-plus-concern group showed even greater decline than the SMI group. The differences remained after the researchers adjusted for age, gender, ApoE4 status and education. There was no significant difference in working memory or overall cognitive status between the three groups.

“We show here that SMI is a predictor of episodic memory decline,” said Koppara. “The assessment of subjective cognitive decline could help identify subjects for dementia prevention trials.”

The research framework sets the stage for intensified and comparable research on SCD in preclinical AD. It provides the basis to investigate characteristics and dynamics of the earliest symptomatic stage of AD and to eventually evaluate the usefulness of SCD as a clinical sign of the biomarker based diagnosis of preclinical AD.