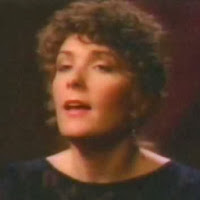 When Kathy Mattea first sang, “Where’ve You Been”, she wondered to herself, “Do people want to hear this on the way to work?” To her surprise, radio stations could not play it often enough, as the song struck a deep chord in millions of people. It became the world’s 1st song about dementia to top pop-music charts. It won Song of the Year at the Grammys, CMAs and ACMs.


Watch the Music Video and
read the lyrics & the story behind the words.

This song was written by Jon Vezner who later became Kathy Mattea’s husband. He wrote the song about his grandparents, after personally witnessing the scene depicted in the last verse of the song. Kathy Mattea recalled later that when he told her the story, he could barely speak without crying. Eventually he wrote a song about the incident and played it for her after the #1 party for her hit, “Goin’ Gone.”

Kathy Mattea recalls: “We went upstairs to the listening room, and when the first chorus went down, my head spun around. I knew the story, and I couldn’t believe he wrote it in a song.”

Says Kathy Mattea: “The song is a true story about Jon’s grandparents. They had both gotten very sick and were in the same hospital, but didn’t know it. His grandmother had been slowly losing it, and she didn’t recognize anybody. She was in unfamiliar surroundings, so she finally quit talking altogether.

Jon was there visiting, and he was up seeing his grandfather; he said to the nurse, ‘Has anybody brought him down to see her?’ She said, ‘no,’ and he asked if he could do that. They said yes, so he wheeled his grandfather into his grandmother’s room.

His grandfather kept stroking her hair, saying, ‘Look at her hair, nobody has hair like grandma,’ and she looked at him and said, ‘Where have you been?’ It was the first thing she had said in weeks.

“When Jon told me the story for the first time, it was before we had even gotten engaged, and he just cried and cried. When he played the song for me and the first chorus came around, I knew where he was going with the lyric, and I just couldn’t believe he could be that vulnerable as a writer, to put that moment in a song.”

The song was Matteas biggest hit, winning her a Grammy. It also won Song of the Year at the Grammys, CMAs and ACMs. While Mattea had wondered to herself, “Do people want to hear this on the way to work?,” the song struck a deep chord, and it was the first time Alzheimer’s had been captured in a mainstream hit song

Claire had all but given up
when she and Edwin fell in love.
She touched his face and shook her head.
In disbelief, she sighed and said,
“In many dreams I’ve held you near.
Now at last you’re really here!”

He asked her for her hand for life,
and she became a salesman’s wife.
He was home each night by eight,
but one stormy evening he was late.
Her frightened tears fell to the floor,
until his key turned in the door…

They never spent a night apart.
For sixty years she heard him snore.
Now they’re in a hospital,
in separate beds on different floors.

Kathy Mattea: 45 RPM
Asking Us to Dance /
Where’ve You Been

Claire soon lost her memory,
forgot the names of family.
She never spoke a word again.
Then one day they wheeled him in.
He held her hand and stroked her head,
and in a fragile voice she said…

One of my favorite songs

Thank you for sharing this beautiful song. The story is powerful.

THANK YOU. BEAUTIFUL WORDS & MUSIC. I AM A CAREGIVER FOR MY HUSBAND, TERRY FOR 10 YRS. HE HAS ALWAYS BEEN WITH ME & I HOPE HE WILL BE WITH ME FOREVER.

That's my story too, Patty. Tom was diagnosed in 2005, just as we were both retiring and building our "dream home." I recently had to make the devastating decision to place him in an Alzheimer's facility. Both our hearts are broken, but fortunately he has gone too far away to know. The love of my life…I miss him so much.

That's my story also. Boy do I miss my husband, we been dealing with this for six years, please keep us in prayers.

Beautiful song!! I work with Alzheimer's Residents every day. For 18 years I've watched this cruel disease still the minds and memories of so many and leave their families wondering why!!! My heart goes out to all those that are dealing with this in anyway. God bless you!!!!

Very beautiful and powerful song.My mom has AD for 5 years now,maybe 6.My dad passed 5 years ago.And just the way the song describes the relationship,is the way my parents were.Together 55 years,married 52.And through good and bad,they were always together.Thank you for making people aware of this affliction,making it more known.

What a beutiful song . Never heard it before, my partner is in care home I see him most days but occasionally he greets me with the words Where`ve you been?

Every lyric, a tear fell…. Lost both my parents and I'm missing them quite a bit.

This song is beautiful. It could be the story for my husband and myself. It brought back so many memories.

going down memory lane at this time with my beloved.

I listen with tears, am there My wife and I have been married for 64 yrs. known each other for 76 yrs, know the feeling all too well.

Love it, Actually got quite emotional listening to it and bringing back happy times

This is a beautiful song. I can barely write this without crying. We're in the midst of it all. My parents were married for 61 years when my father passed 2 years ago. She's never stopped grieving. She forgets that he died, and thinks he's coming home, every day. Every day, somehow she remembers again that he died. She's in emotional agony daily. It's so heartbreaking! She has delusions about him from time to time… Seeing him at the door, sleeping in his lap… She hasn't walked in a year, but managed to push herself out of her wheelchair and try to walk to the door because he was there to get her and take her home. She fell as a result. Nothing broken, but she's been in sharp decline ever since. This song reminded me of how she must feel at times…"Where've you been?",etc. She's never stopped looking for him, or dreaming about him. It kills me. 😭

It's impossible to listen to this song – or even just read the lyrics – with a dry eye. My wife of 50 years developed AD 5 years ago. At first, she used to often say that she didn't feel like there was anything wrong with her, but deterioration has been rapid, over the past year and a half and she doesn't know who I am, doesn't know she was ever married and doesn't know she has 2 daughters and a Grandson. She's been in hospital for 3 months, where they're trying to get her medication sorted out, so that she might be able to come home again. None of the family has been able to see her for 6 weeks, due to the Covid-19 outbreak. Prior to the lockdown, when I visited her in hospital, she didn't know who I was, but, on a good day, she would be comfortable with me and would sit and hold my hand for 2 or 3 hours (sleeping most of that time). When I can visit her again, I know I will burst into tears if she says to me "where have you been", but I still hope she does say it. It will mean so much to me.

wpDiscuz
19
0
Would love your thoughts, please comment.x
()
x
| Reply
News to Get at the Truth