Why Does Sunshine Fight Dementia? 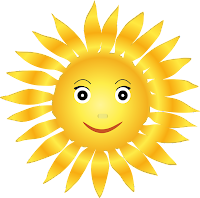 Got enough sunshine? Learn how sunshine seems to offer a bright, simple way to lower your risk of dementia.

A higher occurrence of dementia among people living in northern parts of Scotland and Sweden suggests that environmental factors – such as levels of sunlight – may influence adults’ risk of developing dementia.

That’s right. How far north a person lives, or how often they go out, could influence their long-term brain health.

The impact of sunlight is so great that scientists say this area of research could help halve rates of dementia, which affects 850,000 people in the UK and 36 million worldwide.

Researchers from the University of Edinburgh carried out two studies mapping the disease – one in Scotland among people born in 1921 and the other, in Swedish twins.

In Sweden, the further north people lived, the greater their risk of dementia.

Researchers found that twins living in the north were two or three times more likely to develop dementia compared with those in the south, after they accounted for factors such as age, gender, and genes.

Sunshine, Vitamin D and The Brain

Experts say that this variation is likely to be caused by common environmental factors that affect people in adulthood – such as lack of sunlight exposure and Vitamin D, which has been linked to healthy brain function and dementia.

Sunlight exposure has long been linked to our body’s level of vitamin D. Furthermore, doctors know vitamin D is tied to cognitive performance. So this new connection between the level of sunlight we get with healthier brain function and lower dementia risk seems quite plausible.

Dr. Tom Russ, of the University of Edinburgh’s Alzheimer Scotland Dementia Research Centre and the Division of Psychiatry, says: "If this geographical variation in dementia risk is the result of one or more environmental risk factors, and if these could be improved in the whole population, our findings suggest that it might be possible to halve dementia rates."

MORE INFORMATION:
The study, which is published in the journal Epidemiology, was supported by Alzheimer Scotland.