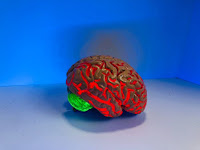 What is vascular dementia, the second most common of the dementias? What causes it? Can it be prevented or cured? Learn more.

Vascular dementia is caused by conditions such as stroke that disrupt blood flow to the brain and lead to problems with memory, thinking, and behavior. It is the second most common dementia diagnosis after Alzheimer’s disease and can occur alone or alongside another form of dementia.

Vascular dementia is caused by conditions that damage blood vessels in the brain and interrupt the flow of blood and oxygen to the brain.

In the research community, these conditions are known as vascular contributions to cognitive impairment and dementia (VCID). The brains of people with vascular dementia often show evidence of prior strokes, thickening blood vessel walls, and thinning white matter — the brain’s connecting “wires” that relay messages between regions.

Not everyone who has had a stroke will develop vascular dementia. A person’s risk for dementia after stroke depends on the size and number of strokes and the brain regions affected.

Vascular dementia can also result from other conditions that impede blood flow and delivery of oxygen to the brain, such as narrowing of the arteries.

High blood pressure, problems with the heartbeat’s rhythm, diabetes, and high cholesterol can increase a person’s risk of vascular dementia.

By controlling or managing risk factors, you may lower your chance of developing cognitive impairment and dementia.

What Are the Signs and Symptoms?

Symptoms of vascular dementia can appear suddenly and may progress slowly over time. Symptoms often look similar to those of Alzheimer’s disease, but memory loss is more prominent in Alzheimer’s, whereas problems with organization, attention, and problem-solving may be more obvious in vascular dementia.

People with vascular dementia may experience:

Symptoms may depend on the size, location, and number of damaged areas of the brain.

How is it Diagnosed and Treated?

To diagnose vascular dementia, a doctor may ask about problems with daily activities, conduct memory or thinking tests, and speak with someone who knows the person well to see if symptoms of dementia are present.

Medical history, lifestyle, and brain imaging tests are often used to help determine whether vascular dementia is the cause of symptoms.

No treatments are available to reverse brain damage that has been caused by a stroke. Treatment for vascular dementia focuses on preventing future strokes.

Medications to prevent strokes, such as blood thinners, may help decrease the risk of further damage to the brain.

Medications that help treat the symptoms of Alzheimer’s disease might benefit people with early vascular dementia. A doctor may also recommend treating risk factors, such as high blood pressure or high cholesterol, through medications and lifestyle changes.

What Can You Do?

A healthy lifestyle is important to help reduce risk factors of vascular dementia.

If you are concerned about vascular dementia symptoms, talk with your doctor.

If you or someone you know has recently been diagnosed, explore the resources on this website and the Alzheimers.gov website to find out more about the disease, care, support and research, as well as the links below.

To find out more about vascular dementia, click here.

For information on how to volunteer for research, click here.