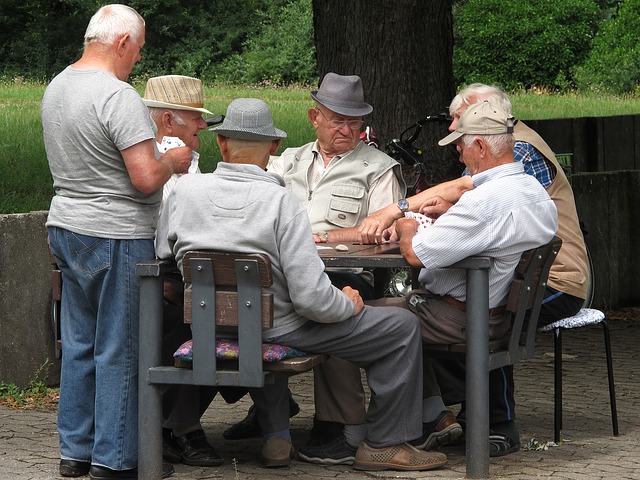 Researchers say it takes a dozen “intervention sessions” to improve cognition in those at risk for Alzheimer’s and other dementias. Learn more.

Physical activity, nutrition and cognitively stimulating activities are all known to be good ways to prevent Alzheimer’s disease and dementia. And older adults at risk can access a variety of lifestyle services to that end, including diet regimes and exercises for their body and mind.

Now an international team of researchers led by Université de Montréal psychology professor Sylvie Belleville has determined how many of those intervention sessions are needed prevent cognitive decline in people at risk: only about a dozen.

The study published in Alzheimer’s & Dementia: The Journal of the Alzheimer’s Association by Dr. Belleville and colleagues at the Universities of Toulouse and Helsinki show that 12 to 14 sessions are all that’s were needed to observe an improvement in cognition.

Until now, the number of sessions or “doses” needed for optimal effect has been unknown.

“In pharmacological studies, every effort is made to define an optimal treatment dose needed to observe the expected effects,” said Belleville, a neuropsychologist and researcher at the research center of the UdeM-affiliated Institut Universitaire de Gériatrie de Montréal.

“This is rarely done in non-pharmacological studies, especially those on the prevention of cognitive decline, where little information is available to identify this dose. Defining an optimal number of treatment sessions is therefore crucial,” she continued.

“Proposing too few sessions will produce no noticeable improvement effects, but too many sessions is also undesirable as these interventions are costly,” Dr. Belleville said.

“They are costly both for the individual who follows the treatments, in terms of time and involvement, and for the organization offering these treatments.”

The study is based on a secondary analysis of data from the three-year Multidomain Alzheimer Preventive Trial (MAPT).

The researchers looked at 749 participants who received a range of interventions aimed at preventing cognitive decline. These included dietary advice, physical activity and cognitive stimulation to improve or maintain physical and cognitive abilities.

In their research, Belleville’s team noted that people’s individuality should be considered when determining the optimal treatment dose.

In their study, the researchers evaluated the effects of the sessions in terms of each participant’s age, gender, education level, and cognitive and physical condition. The relationship between the “dose” each received and their cognitive improvement was then analyzed.

The main results show an increase with dose followed by a plateau effect after 12 to 14 sessions. In other words, you need enough dose to see an effect but offering more than 12 to 14 sessions of treatment does not mean better results. However, those participants with lower levels of education or more risk factors for frailty did benefit from more sessions.

The conclusion? It’s important to identify and target an optimal dose and to customize the treatment for each individual, the researchers say.

Not only is “dosage” an important component of behavioural interventions, it can also provide valuable information when time and money are limited, helping public-health agencies develop effective prevention programs and offer guidance to older adults and clinicians.