How Dementia is Diagnosed 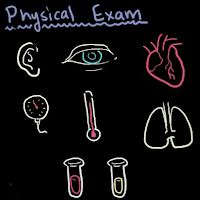 In diagnosing dementia, the more you know, the better.

With over 100 types of dementia, your doctor needs your help. So learn the signs. Start with this video on the basics of diagnosing dementia.

How very sad that one cannot simply go a bit dotty any more! This is a very very convenient catchall diagnosis. there are several blindspots, I have found in medics where a diagnosis of Altzheimers would be a sentence of a slow and agonising death for the patient. My mother, a victim of a particularly rare form of Pernicious Anemia was told by a doctor here that she certainly did not need the three weekly injections (they were meant to last a year in the more 'normal' PA patients) as the human body absorbs Vitamin B!@ in a normal diet. Her rapidly increasing lack of mental capacity and paralysis was owed entirely to the cessation of the injections when my father died and I was away from home. Her doctor in England was horrified. If the lack of knowledge of that local doctor is anything to go by them thousands if not millions will be mis- diagnosed as having Altzheimers.. although it is known even otherwise fit people tend towards a less rare form of Pernicious Anemia as they age. my mother, of course died within two months ..her father took rather longer as even in early 20th century England the doctors knew of the disease but had no cure until very late in the 20th century. If this is true of P.A. then it also true of other diseases.. and all avenues of diagnosis and treatment for the latest fad disease should be looked at

Why was the Vitamin B stopped? Pernicious Anemia ?