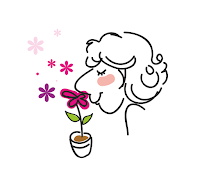 DEMENTIA DIAGNOSTIC TESTS that measure the sense of smell may soon become common in neurologists’ offices. Find out why.

PHILADELPHIA–Tests that measure the sense of smell may soon become common in neurologists’ offices. Scientists have been finding increasing evidence that the sense of smell declines sharply in the early stages of Alzheimer’s, and an innovative study from the Perelman School of Medicine at the University of Pennsylvania published in the Journal of Alzheimer’s Disease confirms that administering a simple “sniff test” can enhance the accuracy of diagnosing this dreaded disease.
Mild Cognitive Impairment Vs. Alzheimer’s
The sniff test also appears to be useful for diagnosing a pre-dementia condition called mild cognitive impairment (MCI), which often progresses to Alzheimer’s dementia within a few years.

Smell May Detect Alzheimer’s While Drugs Can Still Fix It

Neurologists have been eager to find new ways to identify people who are at high risk of Alzheimer’s dementia but do not yet show any symptoms. There is a widespread consensus that Alzheimer’s medications now under development may work far better before dementia has set in.

“There’s the exciting possibility here that a decline in the sense of smell can be used to identify people at risk years before they develop dementia,” said principal investigator David R. Roalf, PhD, an assistant professor in the department of Psychiatry at Penn.

“Never has diet been so important for brain health and reducing risk for Alzheimer’s. This is not a simple diet book―it’s a food bible that tells you all you need to know to start eating your way to a healthy brain, right now!”
— Dr. Rudolph E. Tanzi, Director, Alzheimer’s Genome Project; Director, Genetics and Aging Research Unit, Massachusetts General Hospital; and Joseph. P. and Rose F. Kennedy Professor of Neurology, Harvard Medical School

Roalf and his colleagues used a simple, commercially available test known as the Sniffin’ Sticks Odor Identification Test, in which subjects must try to identify 16 different odors. They administered the sniff test, and a standard cognitive test (the Montreal Cognitive Assessment), to 728 elderly people.

The subjects had already been evaluated by doctors at Penn with an array of neurological methods, and according to expert consensus had been placed in one of three categories: “healthy older adult,” “mild cognitive impairment,” or “Alzheimer’s dementia.” Roalf and his team used the results from the cognitive test alone, or combined with the sniff test, to see how well they identified subjects in each category.

As researchers report, the sniff test added significantly to diagnostic accuracy when combined with the cognitive test.

For example, the cognitive test alone correctly classified only 75 percent of people with MCI, but that figure rose to 87 percent when the sniff test results were added. Combining the two tests also enabled more accurate identification of healthy older adults and those with Alzheimer’s dementia. The combination even boosted accuracy in assigning people to milder or more advanced categories of MCI.

“These results suggest that a simple odor identification test can be a useful supplementary tool for clinically categorizing MCI and Alzheimer’s, and even for identifying people who are at the highest risk of worsening,” Roalf said.

Need for a Faster Test

Prompted by prior studies that have linked a weakening sense of smell to Alzheimer’s, doctors in a few larger dementia clinics already have begun to use smell tests in their assessments of elderly patients.

Part of the reason the practice has not yet become common is that the tests that seem most useful take too long to administer. Roalf and colleagues are now trying to develop a briefer test that works as well as the longer ones.

“We’re hoping to shorten the Sniffin’ Sticks test, which normally takes 5 to 8 minutes, down to 3 minutes or so, and validate that shorter test’s usefulness in diagnosing MCI and dementia–we think that will encourage more neurology clinics to do this type of screening,” Roalf said.

Roalf and his laboratory also plan to investigate whether protein markers of Alzheimer’s, which are present in the olfactory region of the brain before dementia occurs, can be detected in nasal fluid to provide an even earlier warning of the disease process.

Studies suggest that a high proportion of older adults who have cognitive impairment are not identified as such, in part due to lack of adequate screening.

It is true that the sense of smell is the first to go ! Before my mother was diagnosed with dementia I noticed that her sense of smell had gone completely she was only in her mid 60 s. She was completely healthy, a non smoker and only a social drinker, never ate junk food, she did regular excersice an hours walk every day, but she did stress and worry and she was a very bad sleeper, which I think was the most contributing factor to her getting dementia. She died in 2017 10 years after she was first diagnosed. We kept her at home till 6 months before her death she suffered terribly because by then the woman I had grown up to love and care for as my mother was no more she could not walk talk, move, eat or even open her eyes,she was totally incontinent and only a former shadow of herself, many a time I begged her to let go of life so that her suffering would come to an end. It is a great shame on us human beings to let people like my mother suffer till the end yet we put down our pets at the first sign of them suffering why sent we do the same to humans ♥️ Love you mum