What Really Matters in Advanced Dementia 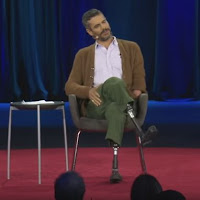 What do people wish for in dementia? Comfort, respect, love… Dr. BJ Miller shares deep thoughts on creating a dignified, graceful life for people nearing the end of life. Take your time & savor this moving talk.

THANK you. you've Given me a lot to think about, and try to put into actual use.