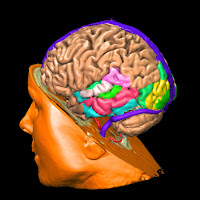 Learn to spot Lewy body dementia (LBD). LBD is the most common type of dementia after Alzheimer’s. Find out the symptoms that make LBD different.

Lewy bodies are abnormal deposits of a protein called alpha-synuclein in the brain.

Early and accurate diagnosis is tricky but vital, because LBD patients may react to certain medications differently than Alzheimer’s or Parkinson’s disease patients. A variety of drugs can worsen LBD symptoms. At the same time, early recognition, diagnosis and treatment of LBD can improve the patients’ quality of life.

my husband has Lewy Body Dementia . Before that he had been treated for 2 years for prostate cancer. After finishing the radiotherapy treatment I noticed that he was getting confused and beginning to have hallucinations. This gradually got worse and he has now been in care for a year. He can't walk can only whisper and is unable to feed himself now. Is there anything that could help his speech ? I feel so awful as I can't understand him when he tries to talk to me. Its so hard !

So sad, my hubby is now in his 8th yr, like you I cant understand him,xxx

If your loved one is in the early stages of LBD or you just received the diagnosis, read this book about extending the early stage: Treasures in the Darkness by Pat Snyder.
The book's foreword is written by Dr. Daniel Kaufer, a member of LBDA's Scientific Advisory Council. It is found at Amazon.com

All of these symptoms hit me and I was diagnosed with pseudodementia. All it was was the statin I was prescribed. 80mg per day Atorvastatin (Lipitor). No one figured it out until I stopped taking my meds. They now call it Statin Sensitivity. However, that's like comparing a paper cut to an amputation. Now I have brain damage.

NO. Statins don't cause brain trauma and/or "damage." Just stop it.

My husband was diagnosed with LBD 9 years ago after experiencing extreme night disturbances, to the point of self-harm and hallucinations. To read your headline, saying "next to Alzheimer's, LBD is the most common form of dementia", is terribly misleading. It may very well be true but 9 years ago, all of my husband's physicians were at a total loss as to what his issues were. It was only after his Sleep Disorder Physician went to a conference and one of the speakers was well-versed in LBD. When his physician came home, he diagnosed my husband with Lewy Body. We have spent the last 8 years being extremely frustrated with treatment options. It sadly wasn't until Robin Williams suicide, that LBD started REALLY being talked about. It very well may be the second most common form of dementia but we need to do a better job informing physicians and most importantly, those who suffer from this life-altering disease.

I agree. I cared for someone with LBD in 2008 and the physicians were very inexperienced with it.

I personally had to ask our doctor to please investigate lbd esp rem sleep disorder. He had not heard of lbd.

Our research group has been combining near infrared light therapy with brainwave biofeedback and getting positive results with both Alzheimer's, FTD and LBD patients. I would suggest people start exploring non-drug, noninvasive options along with the more traditional approaches.
Marvin Berman PhD, President
Quietmind Foundation
619-940-0488
http://www.quietmindfdn.org

My husband began showing signs of dementia after a double bypass in 1999. He suffered a stroke in 2003 after undergoing a knee replacement "re-do' (glue did not hold!). His decline acellerated at this point. We were in a car wreck in 2007 where we both passed out from impact of running into back of motorhome, then husband suffered a broken C2 from a ATV accident in 2009. They believe his dementia began because of all the head injuries beginning with a horrific auto accident where husband was thrown through the windshield at the age of 19. He suffered a broken jaw, collapsed lung, in the hospital for a month. Husband became very difficult to handle when he become paranoid (LBD), 2014 He had to be removed from our home and placed in the physch ward of Confluence Hospital. He spent two months there because they could not find any medication that would calm him. Medicare would no longer fund him so I had no choice but allow them to move him as soon as a facility would accept him. He was moved three hours away from the family and I was the only one who visited him before he passed away three weeks later. I am sorry I did not think to offer his brain for study to help them find a cure for this awful disease. It is awful to watch someone you love go through this decline. You lose them one little bit at a time. This was a twenty year process!

Parkinson's disease is a long-term degenerative disease of the central nervous system that mainly affects the motor system of human body. The symptoms generally come on slowly over time. Affected person should take parkinson's disease treatment

wpDiscuz
14
0
Would love your thoughts, please comment.x
()
x
| Reply
News to Get at the Truth